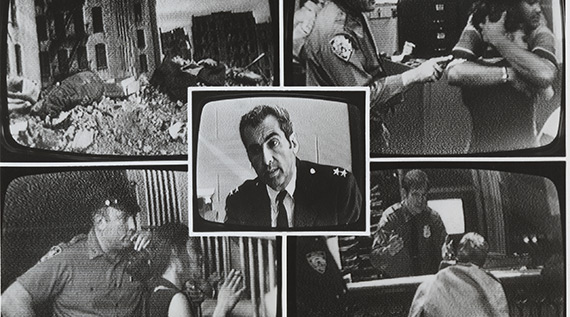 “The Police Tapes is a 90 minute groundbreaking, experimental video documentary that revealed the life of a South Bronx police precinct in 1977, one of the most tumultuous years in the history of New York City.

In dramatically raw scenes, the officers of the 44th precinct let the camera in on every secret of society capturing explosive footage of a hostage situation, gangs strutting brazenly down the street, and murders impossible to solve. At the squad station and in the patrol car, cops speak candidly about the role of policing a neighborhood living with constant levels of rage and frustration due to poverty, unemployment, inadequate housing, drugs and street crime.

Using early Portapak technology, the immediate and uncensored style of Alan and Susan Raymond’s filmmaking changed the visual language of television. Without this documentary, there would be no Hill Street Blues, no gritty TV cop shows.
“


Get Tickets Q&A with director Alan and Susan Raymond