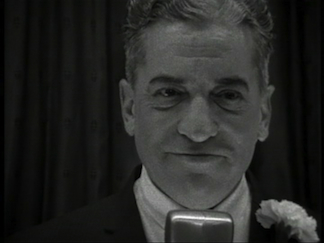 NOTE: 8pm show is sold-out. We just added a second show at 9:55pm that will be introduced by Frederick Wiseman.

The film is a stark and graphic portrayal of the conditions that existed at the State Prison for the Criminally Insane at Bridgewater, Massachusetts. TITICUT FOLLIES documents the various ways the inmates are treated by the guards, social workers and psychiatrists.

“TITICUT FOLLIES is a documentary film that tells you more than you could possibly want to know — but no more than you should know — about life behind the walls of one of those institutions where we file and forget the criminal insane&”8230; A society’s treatment of the least of its citizens — and surely these are the least of ours — is perhaps the best measure of its civilization. The repulsive reality revealed in TITICUT FOLLIES forces us to contemplate our capacity for callousness.” &”8211;Richard Schickel, Life

“After a showing of TITICUT FOLLIES the mind does not dwell on the hospital’s ancient and even laughable physical plant, or its pitiable social atmosphere. What sticks, what really hurts is the sight of human life made cheap and betrayed. We see men needlessly stripped bare, insulted, herded about callously, mocked, taunted. We see them ignored or locked interminably in cells. We hear the craziness in the air, the sudden outbursts, the quieter but stronger undertow of irrational noise that any doctor who has worked under such circumstances can only take for so long. But much more significantly, we see the &”8216;professionals’, the doctors and workers who hold the fort in the Bridgewaters of this nation, and they are all over&”8230;TITICUT FOLLIES is a brilliant work of art&”8230;” &”8211;Robert Coles, The New Republic

Titicut Follies: Torment at the Hands of the State