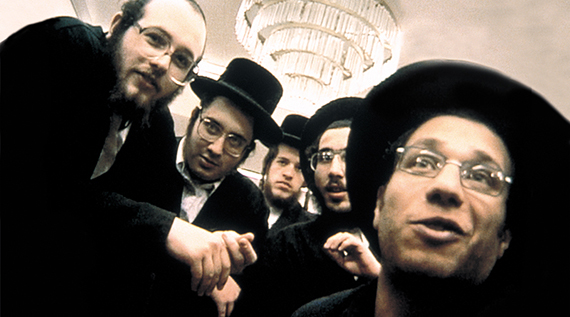 Trembling Before G-d is an unprecedented feature documentary that shatters assumptions about faith, sexuality, and religious fundamentalism. Built around intimately-told personal stories of Hasidic and Orthodox Jews who are gay or lesbian, the film portrays a group of people who face a profound dilemma – how to reconcile their passionate love of Judaism and the Divine with the drastic Biblical prohibitions that forbid homosexuality. As the film unfolds, we meet a range of complex individuals – some hidden, some out – from the world’s first openly gay Orthodox rabbi to closeted, married Hasidic gays and lesbians to those abandoned by religious families to Orthodox lesbian high-school sweethearts.

Many have been tragically rejected and their pain is raw, yet with irony, humor, and resilience, they love, care, struggle, and debate with a thousand-year old tradition. Ultimately, they are forced to question how they can pursue truth and faith in their lives. Vividly shot with a courageous few over five years in Brooklyn, Jerusalem, Los Angeles, London, Miami, and San Francisco, “Trembling Before G-d” is an international project with global implications that strikes at the meaning of religious identity and tradition in a modern world. For the first time, this issue has become a live, public debate in Orthodox circles, and the film is both witness and catalyst to this historic moment. What emerges is a loving and fearless testament to faith and survival and the universal struggle to belong.