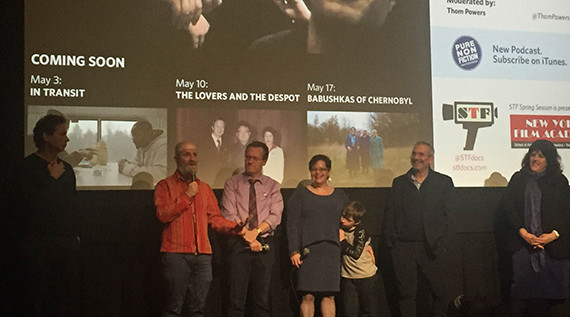 In a world that has seen great strides in the last decade for gay men and women, religious communities historically have had a much more difficult time allowing for difference among their adherents. Trembling Before G-d, a documentary that chronicles the lives of gay Orthodox and Hasidic Jews, celebrated its 15th anniversary this year with a screening and Q&A at Stranger Than Fiction on Tuesday night. As STF host Thom Powers described, the documentary represented a true breakthrough around these issues, creating an honest and intimate space for a conversation that had long been repressed.

Trembling Before G-d follows a number of people from across the globe who attempt to reconcile their long-held Jewish beliefs with their gay identities. David, a young man living in Los Angeles, spends over twelve years struggling through ineffectual therapy in an effort to change himself. “Malkah” and “Leah” live in Miami, and counsel other lesbians in the community who are grappling with their sexualities. On the other side of the world, “Devorah” lives in Israel, trapped in a heterosexual marriage, afraid that coming out will harm her children’s futures. Some, like Brooklyn-based Israel, have disavowed religious Judaism altogether; others, like Mark, who is gay and HIV positive, remain committed to the Orthodox lifestyle. Almost all the subjects in the film have experienced both the trauma of being exiled from community and family, and the exhilaration of living authentically.

The anniversary screening was an emotional reunion of sorts for many of the film’s participants; looking at the faces in the audience, director Sandi DuBrowski remarked, “Every era of my life is in this room.” When asked about what has changed since the film’s premiere, DuBrowski said, “There’s been enormous change. We have, represented in this room, multiple generations of activism. It’s pretty extraordinary.” The film sparked countless workshops, discussion groups, underground screenings, and teacher trainings. “We had Orthodox parents see the film, who had disowned their kids, make a 180 and started speaking to them again.” When the question was put to Michelle, one of the subjects of the film, she said that since the film came out, she has felt less alone. “I know I’m no longer the only Hasidic lesbian in the world,” she laughed. “Lots of them out there. And they keep coming out and it’s great.”

Psychoanalyst Naomi Mark noted that the film even reached beyond the Orthodox community. “I remember being stopped on the street by Mormons, Catholics, people from all different backgrounds,” she said. “And not just gay people, but people who felt constrained in all sorts of ways. By opening the world up for gay people, you opened it up for everybody who feels they have an individual voice they need to express.” Rabbi Steven Greenberg similarly credited DuBowski with changing the path of so many people who saw themselves in the film. “You began our history,” he said. “The Orthodox world was frightened to empathize. And when people began to see the film and empathize, it made it permissible to empathize more. And when we heard people empathize, we became courageous.” An audience member who had also participated in the film agreed wholeheartedly. “Fifteen years ago, every single one of us thought we were alone,” she said. “And that has changed.” 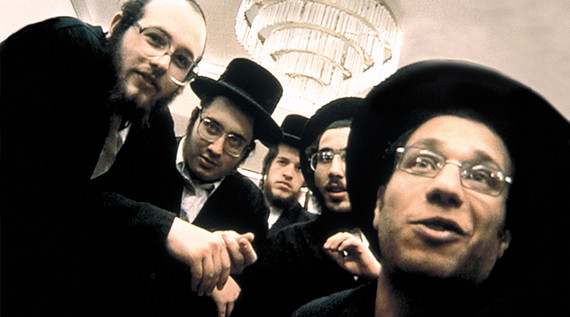