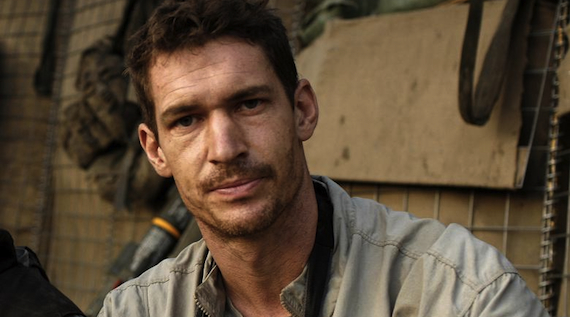 Tim Hetherington was a rising star in photojournalism whose work crossed over into the worlds of art and filmmaking. His documentary about US soldiers in Afghanistan, Restrepo, made in collaboration with Sebastian Junger, was nominated for an Academy Award. But his life was cut short at age 40 in April 2011 when he was killed during combat in Libya alongside another photographer, Chris Hondros. In this remarkable portrait, Junger pays tribute to his friend, drawing upon footage taken of Hetherington in several war zones, complemented by moving interviews with his loved ones. The film captures what made Hetherington so special in the craft of his image-making and the intentions behind it. — Thom Powers, Miami International Film Festival