Monday Memo: A Week in Which Streaming Docs Take Charge 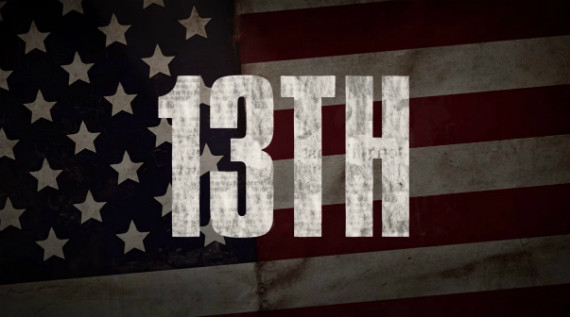 Back on the topic of streaming titles, AMANDA KNOX continues to see its audience grow as its directors, Rod Blackhurst and Brian McGinn, appeared on the latest episode of Pure Nonfiction in conversation with our own Thom Powers. At IndieWire, Anne Thompson delved into the factual particulars of the film, while Variety’s Iain Blair parsed out the aural details by speaking with the production’s audio team. Michelle Dean, on the other hand, looks at the doc indicts the media, yet “falls into the same ethical quandaries as SERIAL and MAKING A MURDERER” for New Republic. Bonni Cohen, co-director of the Netflix doc AUDRIE AND DAISY, spoke with Christopher Llewellyn Reed for Hammer to Nail, while Tim Adams previewed Adam Curtis’ new film HYPERNORMALISATION will have its premiere on BBC iPlayer at 9 pm on October 16th. Gothamist contributor David Colon composed a list of best political docs currently streaming.

Streaming titles may have been the hot topic this week, but there was still a trickle of festival news flowing through over at IDA’s blog in the form of Marc Glassman‘s realization that TIFF had a record number of docs in their lineup this year – 57 titles in total. A handful of reviews of TIFF titles made it to press this past week as well, including Matthew Eng‘s take on ABACUS: SMALL ENOUGH TO JAIL at Little White Lies, Stuart Klawans‘ rumination on FIRE AT SEA in Film Comment, my review of JT + THE TENNESSEE KIDS at IONCINEMA, and Liz Nord‘s feature on THE CINEMA TRAVELLERS over at No Film School. VOYAGE OF TIME also turned up at Doc Soup via Tom Roston and RogerEbert.com thanks to Simon Abrams. And while TIFF is still lingering in the air and NYFF is wrapping up, Basil Tsiokos previewed the doc offerings at the the 24th edition of the Hamptons International Film Festival and the 60th BFI London Film Festival over at What (not) To Doc, while Max Carpenter reflected on this year’s Camden International Film Festival at Hyperallergic and Pat Aufderheide pondered the takeaways from Getting Real ’16 via the Center For Media & Social Impact.

Surprisingly, the only theatrically released doc to gain any kind of critical traction this past week was Kim A. Snyder’s devastating NEWTOWN, having gleaned positive coverage from IndieWire’s Matt Brennan, Neil Genzlinger of The New York Times and RogerEbert.com’s Matt Zoller Seitz.

Filmmakers still have a chance to sign up for UnionDocs’ Images, Sound and Rhythm in Documentary masterclass with David Teague, T. Griffin and Nathan Halpern currently scheduled for Saturday, October 22nd, as well as submit an application to Chicken & Egg Pics’ 2017 Accelerator Lab, which opens for submissions tomorrow. And those still trying to sort out the best means of distribution for your projects might want to read Anthony Kaufman‘s new piece on digital distribution at Filmmaker Magazine.

Signing off this week, I’ll leave you with Nick Pinkerton‘s incisive Film Comment article on the state of film criticism in the era of social media, and its complimentary Film Comment podcast discussion. Until next week, if you have any tips or recommendations for the Memo in the meantime, please contact me via email here, or on Twitter, @Rectangular_Eye.