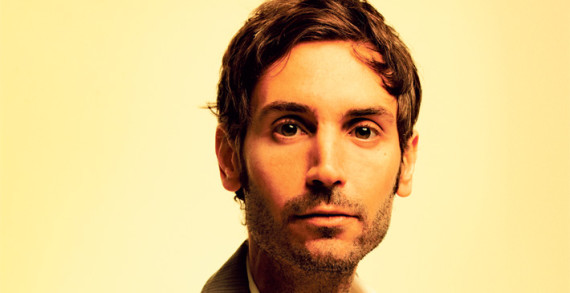 At Nonfics.com, Christopher Campbell shared a list of notable releases newly available via DVD, VOD and other home viewing methods.

The latest New York City edition of POV’s Hackathon concluded last week; a rundown of the projects yielded from the event can be found on the POV blog here. At Realscreen, Julianna Cummins also reported on the NYC hackathon.

The AFI Docs Film Festival announced that it would open with the film HOLBROOK/TWAIN: AN AMERICAN ODYSSEY and close with LIFE ITSELF. At Realscreen, Adam Benzine reported on the announcement.

On the Filmwax Radio podcast, Adam Schartoff spoke with seminal documentarians Chris Hegedus and D.A. Pennebaker about their latest film UNLOCKING THE CAGE and the crowdfunding effort surrounding it. And at the Docs & the Law Blog, Tom Isler spoke with the pair of filmmakers regarding the legal challenges related to their latest effort.

Back in early May, Robert Avila spoke to filmmaker Ross McElwee about his work in an interview at Keyframe.

The Independent Filmmaker’s Project (IFP) named the 10 projects included in its latest doc lab; Manori Ravindran of Realscreen and Paula Bernstein of Indiewire reported on the details.

At Indiewire, Karim Ahmad made the case for why filmmakers needed to create a storyworld for their projects.

Writing for Keyframe, Anthony Kaufman wrote a piece on the work of Jennifer Baichwal and the subject of ecological disaster.

Over at the IDA site, Nayantara Roy wrote a piece with advice for a successful distribution strategy.

Back at the Docs & the Law Blog, Regina Austin wrote a post on the practice of shooting social protest.

You can see MANAKAMANA directors Stephanie Spray and Pacho Velez interviewed on the Roosevelt Island Tram in a post for the Moving Image Source site made by Eric Hynes and Jeff Reichert.

The Facebook page of Docs in Progress hosted a list of some shooting/work advice from DP Nick Higgins.

Back at Nonfics.com, Christopher Campbell wrote about the work-in-progress film THE LIZZIE PROJECT.

That’s it for this week. Please send any tips/recommendations for the Memo via e-mail here, or by Twitter to @GuerrillaFace. Thanks and have a great week!