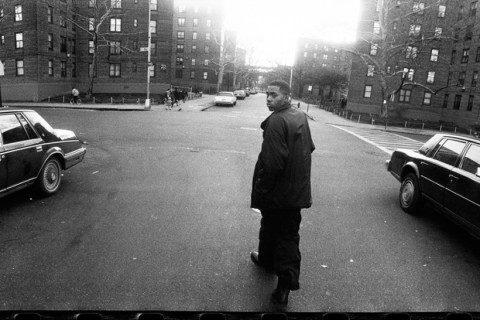 The New Directors/New Films announced its lineup this week. Kevin Ritchie of Realscreen had details on the docs screening at the program.

Al Jazeera America this week announced that it would host new documentary series from directors Joe Berlinger and Alex Gibney. Brian Steinberg of Variety reported on the news, as did Alison Willmore of Indiewire.

Writing for Realscreen, Kevin Ritchie turned out a piece about documentary films that found their genesis in non-fiction books.

At Cultural Weekly, Sophia Stein interviewed RICH HILL editor Jim Hession about the role he played in the film’s construction.

Over at the International Documentary Association (IDA) website, Katie Bieze profiled The Documentary Center at George Washington University by speaking with founder Nina Gilden Seavey. Also, Michael Galinsky recapped some of the films that screened at the Sundance Film Festival and the Slamdance Film Festival this year. And Lauren Cardillo had a report on this year’s Realscreen Summit.

At Nonfics.com, Christopher Campbell shared his top home picks for the week. In a separate post, he named some of the top theatrical releases of the past seven days.

In a piece for the POV blog, Shannon Carroll rounded up some of the best and worst advice documentary filmmakers had received during their careers.

The Sheffield Doc/Fest this week posted a video of a masterclass from editor Walter Murch on their YouTube page.

The DOC NYC festival is now accepting submissions for films in three categories: Competition Features, Competition Shorts and Non-competition Features. The winning short film will qualify for consideration in the Documentary Short Subject category of the Annual Academy Awards® without the standard theatrical run, provided the film otherwise complies with the Academy rules.

The Oscar-winning director Robert Fresco, who directed CZECHOSLOVAKIA 1968, passed away earlier in February. Margalit Fox of the New York Times penned an obit.

In a post at KFTV, Andy Fry wrote up a guide to crowdfunding.

In his weekly Docutopia post, Anthony Kaufman found little to praise formally in the Oscar-nominated short doc films for this year.

In a piece for Indiewire, Robert Cameron Fowler shone a light on WE ARE THE GIANT, which he argued got lost in the mix at Sundance.

Dave McNary of Variety reported that Noah Cowen had been named the executive director of the San Francisco Film Society, replacing Ted Hope.

At the Indiewire blog The Playlist, Oliver Lyttleton picked out 10 great documentaries that never were nominated for an Oscar.

In distro news, Icarus Films announced that it had acquired North American distribution rights for the film SOL LEWITT, about the conceptual artist.

The Rated SR Socially Relevant Film Festival, which focuses on social issue films, is being inaugurated this year on March 14 at the Quad Cinema in New York City.

Please send any tips for the Memo by e-mail here, or via Twitter to @GuerrillaFace. Thanks and have a great week everyone.