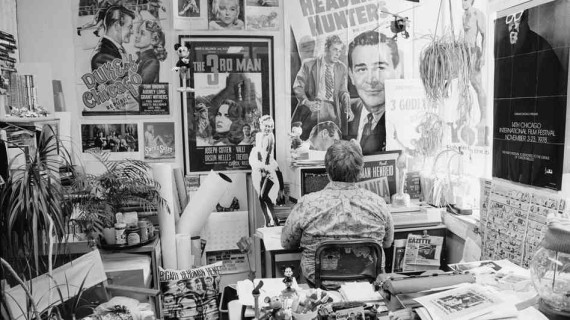 Back at Nonfics.com, Christopher Campbell had a list of the 100 best docs available for streaming on Netflix in July.

At Realscreen, Nick Krewen reported on the passing of doc filmmaker Michael Henry Wilson. David Kolker of the Los Angeles Times did the same.

In a post at Mastering Film, Todd Grossman explained how to guide a documentary interviewee.

Writing for Screen Daily, Jeremy Kay reported that Kartemquin films had signed on to produce a new film by Brent Hoffman on a number of imperiled Buddha statues in Afghanistan. Kevin Ritchie of Realscreen also reported on the news.

Over at the Huffington Post, Michele Willens made the case that 2014 has been a banner year for docs thus far.

At Canada’s POV Magazine, Adam Nayman wrote on the ideas of utopia as explored in a number of documentaries.

Writing for Indiewire, Laya Maheshwari made a case for why the Robert Flaherty film MOANA deserved restoration.

The folks at POV thoughtfully published a calendar containing a host of grant and festival deadlines, which you can find here.

In a piece for Fandor, Anthony Kaufman wrote on the prescience of the film IRAQ IN FRAGMENTS from director James Longley.

Writing for FCP.co, Mark Spencer and Steve Martin had a breakdown of new features in the latest iteration of FCP X.

Tom Roston of the POV blog listed his 10 most patriotic docs in honor of the Fourth of July.

Producer Gordon Quinn of Kartemquin Films shared with Sarah Lai Stirland of the Disruptive Competition Project the impetus for his conversion to a Fair Use Doctrine adherent.

Writing for The Wrap, Jordan Zakarin examined the claim that the theatrical doc was dead (or at the very least, dying).

At Indiewire, Anthony Kaufman considered the box office prospects of Dinesh D’Souza’s latest film, AMERICA: IMAGINE THE WORLD WITHOUT HER.

In a post for i-Docs, Jess Linington examined the interactive doc DOOR INTO THE DARK.

Dave McNary of Variety reported that Cinedigm was expanding its digital networks.

At the New York Times, Michael Ciepley wrote on efforts by Participant Media to measure the impact of social issue docs.

Basil Tsiokos published a documentary overview of the Karlovy Vary festival in the Czech Republic at his What (Not) to Doc blog.

Back at the IDA site, Lauren Cardillo reported on the AFI Docs transition year

And finally, the POV site shared an interview with Digital Executive Producer Adnaan Wasey in which he shared networking tips for documentary filmmakers.

If you have tips or suggestions for the Memo, please send them via e-mail here, or by Twitter to @GuerrillaFace. Thanks and have a great week.