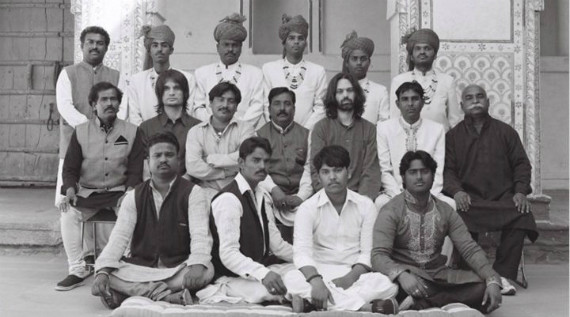 Amy Berg also made headlines in The Guardian, via Benjamin Lee‘s dirt slinging article that reports that the industrious filmmaker is being sued by her AN OPEN SECRET producers “over ‘failure to cooperate’ in the production of controversial exposé of the film industry.” In addition to claims that the film was not delivered on time in a releasable state, producer Gabe Hoffman also “claims that she failed to get the proper release forms from some of the interviewees and this error almost caused the film to miss its initial premiere at last year’s DOC NYC.”

The most talked about doc related event this week was undoubtedly the release of Bill Hader, Fred Armisen and Seth Meyers’ non-fiction parody series, DOCUMENTARY NOW!, which premiered on IFC on August 20th. Meredith Blake of the LA Times wrote a feature on the show, outlining its late night origins, while Mandalit Del Barco of NPR revealed the influence of Monty Python and THIS IS SPINAL TAP on the show’s creators. Variety’s Whitney Friedlander previews several of the seven episodes, which spoof doc classics like THE THIN BLUE LINE, GREY GARDENS and NANOOK OF THE NORTH. Flavorwire’s Pilot Viruet also wrote a piece on the new series, as did Libby Hill at Vulture and Gabriella Paiella at Maxim. Prior to airing a single episode, IFC renewed the show for two more seasons, reports Danette Chavez at AV Club. And in celebration of the first episode, which plays on the Maysles’ classic GREY GARDENS, K Thor Jensen posted a list of five things you probably didn’t know about the original film at IFC’s blog.

In theatrical releases, J. P. Sniadecki’s THE IRON MINISTRY was selected as a New York Times’s Critic’s Pick by A.O. Scott, while the film was also lovingly reviewed by Joshua Brunsting at Criterion Cast, concluding that Sniadecki “cements himself as one of the luminaries of today’s non-fiction cinema, and proves once again that the Harvard Sensory Ethnography Lab is producing the most forward thinking documentaries in recent memory.” Daniel Junge’s Sundance debuted BEING EVEL also hit select theaters this week, receiving coverage from Geoff Berkshire in Variety, Michael Rechtshaffen in the LA Times, and Glenn Kenny at RogerEbert.com.

Jimmy Chin and Elizabeth Chai Vasarhelyi’s MERU was featured by David Edelstein on NPR, as well as highlighted by Realscreen’s Daniele Alcinii for its climbing film innovations. In The New Yorker, Richard Brody reflected on BEST OF ENEMIES, while Martin Tsai of the LA Times and Joshua Brunsting both reviewed Mina T. Son and Sara Newens’ table tennis doc, TOP SPIN. Bobcat Goldthwait and his film CALL ME LUCKY also got some love from Sean Burns at Movie Mezzanine, as well as an interview with Steven Hyden at Grantland.

Having opened this week in the UK, Crystal Moselle’s THE WOLFPACK continues to glean attention. Michael Atkinson featured the project as Sight & Sound’s Film of the Week, as Adam Woodward at Little White Lies and Sam Parker at Esquire gave the film positive reviews. Other reviews this week included Michael Rechtshaffen‘s piece on MATEO in the LA Times, Daniel Walber‘s article on WE COME AS FRIENDS at Nonfics, Chase Whale‘s review of A BRAVE HEART: THE LIZZIE VELASQUEZ STORY at Hammer to Nail, Dennis Harvey‘s review of THE BLACK PANTHERS: VANGUARD OF THE REVOLUTION for Variety and Daniel Kasman‘s substantial interview with Chantel Akerman about NO HOME MOVIE at Notebook.

I’ll sign off this week with a link to Caroline Losneck and Christoph Gelfand’s new short DIVING FOR SCALLOPS, published as part of the ongoing Op-Docs project, as well as Heather McIntosh‘s helpful epilogue on teaching Op-Docs, which was posted on POV’s Documentary Blog.