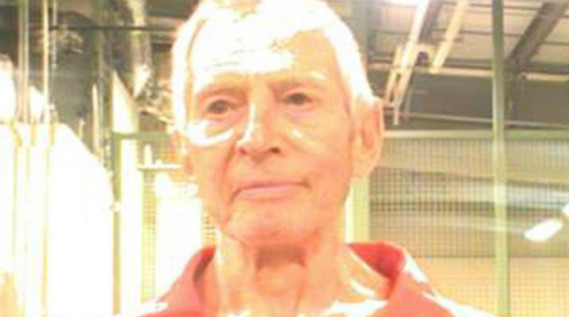 Last week True/False Fest wrapped up, though due to the condensed nature of the event, it wasn’t until this past week that most reflections on the non-fiction celebration found their way to the net. The Dissolve’s Scott Tobias put forth a wrap-up that pinpointed the critical issue inherent to activist documentaries, while Jim Brunzell says he’s swimming in the True/False Kool-Aid in his overview at Hammer to Nail. Ben Godar also put posted a festival wrap-up at Nonfics, as did Indiewire’s Ashley Clark, while I posted an overview of my final day over at IONCINEMA. Jason Hoffman of KBIA Mid-Missouri Public Radio also spoke with festival co-director David Wilson about his feelings on this year’s event and the future of the fest.

While True/False raged on, the University of Missouri hosted their fourth Based On A True Story (BOATS) documentary filmmaking and journalism conference at which, among other things, filmmaker Joshua Oppenheimer and Slate’s Dana Stevens spoke as a panel on the non-fiction form. Adroitly broken down in an excellent article by Sam Adams at Indiewire, Oppenheimer’s proclamations came across with the force and precision of a documentary manifesto.

Just as True/False concluded, filmmakers and journalists alike flocked to Austin, TX for this year’s SXSW. Both Basil Tsiokos, writing at What (not) To Doc, and Kevin Ritchie, writing for Realscreen, put together overviews of this year’s high profile non-fiction fare. Though Russell Brand, the subject of Ondi Timoner’s opening night doc BRAND: A SECOND COMING, cancelled his appearance and reportedly tried to block the film from screening prior to its debut on Thursday evening, the film ran anyway, gleaning reviews from Eric Kohn at Indiewire, Variety’s Dennis Harvey, and Realscreen’s Kevin Ritchie. Alexander Dunn’s drum machine documentary, 808, was also reviewed by Andrew Barker for Variety, while Alex Gibney’s STEVE JOBS: THE MAN IN THE MACHINE was reviewed by Variety’s Justin Chang and John DeFore at The Hollywood Reporter. Gibney’s previous film, GOING CLEAR: SCIENTOLOGY AND THE PRISON OF BELIEF, continues to take fire from Scientology itself, as reported by ABC News.

This past week also saw an outpouring of love for the late documentary legend Albert Maysles, who passed at 88 the week prior. Writing for Sight & Sound, Robert Greene reflected on his time with the filmmaker who helped start the direct-cinema movement, while Errol Morris spoke about his appreciation for Maysles with Q at CBC Radio. As reported by Sound on Sight’s Brian Welk, IRIS, one of Maysles’s last films, also received a trailer this past week. In honor of Albert’s passing, Brian Brooks of the Film Society at the Lincoln Center posted the IRIS Press Conference from last year’s New York Film Festival.

A variety of doc related interviews was found strewn about the internet this week, including a trio by Pamela Cohn from the latest edition of Desist film in which she speaks to Veronika Lisková, Jan Soldat and Stine Marie Jacobsen on documentary form translating taboo subject matter. Prior to the SXSW screening of WESTERN, Fandor’s Samuel Fragoso posted his conversation with Bill and Turner Ross which originally took place in Park City earlier this year. And posted by Yvonne Ashley Kouadjo at the POV Blog, Jonathan Oppenheim, editor of such films as THE OATH and HIGH TECH, LOW LIFE was interviewed by 2014 Karen Schmeer Film Editing Fellow, Colin Nusbaum.

Theatrically, Ethan Hawke’s deeply humanistic doc debut SEYMOUR: AN INTRODUCTION was the talk of the town this week, having received numerous reviews from the likes of Richard Brody in The New Yorker, Randy Russell at The Talkhouse, Keith Phipps at The Dissolve, and Joshua Brunsting at Criterion Cast. Hawke spoke with Sam Fragoso about the film over at The Dissolve. Christopher Campbell wrote a piece on Gabe Polsky’s RED ARMY over at Nonfics. And though no longer in theaters, AJ Schnack’s WE ALWAYS LIE TO STRANGERS received some love from The Dissolve’s Nathan Rabin, while Sound On Sight’s Brian Welk reflected on Abbas Kiarostami’s rule bending CLOSE-UP.

As far as development goes, Hot Docs announced this year’s Forum selection, including Frederick Wiseman’s IN JACKSON HEIGHTS and Yoav Shamir’s THE NEW MISSIONARIES. Writing for Realscreen, Barry Walsh reported on the projects selected. At Cineuropa, Barbora Holková covered the announcement of the five projects awarded grants at this year’s East Doc Platform. And finally, Michael Roffman of Consequence of Sound wrote a profile of The Orchard, a relatively new distributor who have recently picked up projects like KUNG-FU ELLIOT and FINDER’S KEEPER.

I’ll leave you this week with a pair of varying, but fascinating articles. The first, a Hammer to Nail editorial by Lauren Wissot, looks at LIFE ITSELF and film industry conflict of interests in the digital age, while the second, a piece by Tom Roston on the POV Blog, calls attention to the controversy surrounding INDIA’S DAUGHTER and the importance of social-issue documentaries.

I will be getting married this coming weekend and will be honeymooning over the following couple weeks, so I’ll be taking the next couple weeks off. That said, if you have any tips or recommendations for the Memo in the meantime, please feel free to contact me via email here, or on Twitter, @Rectangular_Eye. I’ll be back in a few weeks!