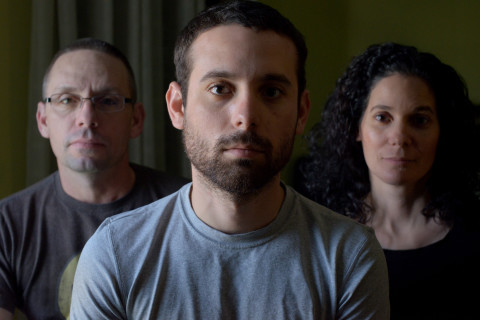 Writing for the Los Angeles Times, Glenn Whipp wrote a great piece about the film LOS ANGELES PLAYS ITSELF and its reliance on fair use doctrine to get a home video release.

At Ted Hope’s website, David K. Greenwald shared some insight on why some filmmakers are doomed to failure.

Tambay A. Obenson of the Indiewire blog Shadow and Act wrote a post profiling the new AfriDocs film festival, designed to draw attention to African filmmakers.

This week the documentary community lost David Herman, one of the more active members of the D-Word community. The D-Word founded a topic in his memory that you can visit here (registration required).

At The Guardian, Bhakti Shringarpure wrote on CONCERNING VIOLENCE, the new film from Göran Hugo Olsson on Frantz Fanon.

The Dokufest film festival held in Prizren, Kosovo, announced its slate this week, which you can find on their website here.

Back at Realscreen, Manori Ravindran reported on the film projects selected for this year’s Independent Filmmaker Project (IFP) forum, which included 50 doc projects.

Lauren Carroll Harris took a look at RICH HILL in a piece written for the International Documentary Association (IDA) website.

Writing for Nonfics.com, Christopher Campbell weighed in on the appropriateness of films vying for both Emmys and Oscars. (Also, congratulations to Campbell on the new addition to his family!)

The POV blog turned out a post from Digital Technology Fellow Brian Chirls on the practice of smart cropping for video.

At the ITVS Beyond the Box blog, director Lisa Gossels wrote about her experiences making the film MY SO-CALLED ENEMY.

Filmmaker Magazine writer Esther B. Robinson turned in a conversation with Joe Swanberg about the financial realities of being an indie filmmaker.

Back at Indiewire, Paula Bernstein spoke with Tim League from Drafthouse Films about the “ultra-VOD” strategy for the film THE CONGRESS. Also at Indiewire, Eric Kohn had a piece on a recent trinity of films examining injustice in the criminal justice system. And finally, the staff at the Indiewire blog Playlist compiled a list of the best docs of 2014 to date.

Nadia Younes of the Dazed Digital blog spoke with Tribeca Film Institute Director of Digital Initiatives Ingrid Kopp about the next wave of filmmaking.

This week the White House announced that documentary filmmakers Albert Maysles and Stanley Nelson were among those selected to receive the National Medal of Arts.

Canadian film screening organization Cinema Politica announced that it sought submissions of political work for inclusion in its program.

At Moveable Feast, Stephen Saito wrote about the efforts of the filmmakers Dan Rybicky and Aaron Wickenden, the pair behind the doc ALMOST THERE, to get their project made.

The Guardian this week released an interactive documentary marking the 100-year anniversary of the first World War.

If you have tips or recommendations for the Memo please send them via email here, or by Twitter to @GuerrillaFace. Thanks and have a great week all.