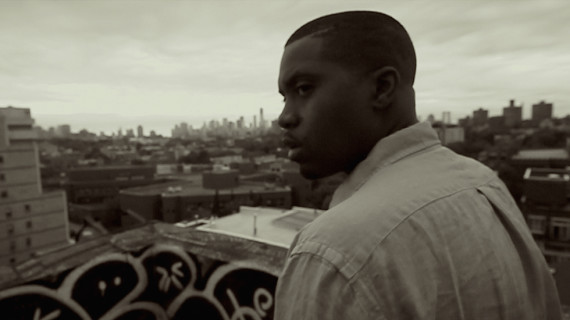 At the New Yorker, Richard Brody reviewed the doc Manakamana from directors Stephanie Spray and Pacho Velez, as did A.A. Dowd at the A.V. Club. J. Hoberman wrote up the film for the New York Review of Books, while Bilge Ebiri did the same at New York Magazine’s Vulture blog.

Christopher Campbell of Nonfics.com had the documentaries reaching theaters this week. Campbell also had a separate post on the docs reaching homes this week via various channels.

Over at Realscreen, Manori Ravindran covered some of the docs screening at this year’s Cannes Film Festival.

Daniel E. Slotnick of the New York Times wrote an obituary for documentary filmmaker Warren Forma, who profiled artists for a series titled ARTISTS AT WORK.

The New Yorker’s Richard Brody posted his list of the best documentaries, made in response to a request from Sight & Sound Magazine.

In a post at Nonfics.com, Christopher Campbell considered the ethical implications of making a documentary about a subject who might prefer to remain reclusive.

The documentary screening network Cinema Politica released a book cataloguing the last ten years of its activity in a series of interviews, essays and other work.

At DocGeeks, Alexandra Zeevalkink reported on PULP: A FILM ABOUT LIFE, DEATH AND SUPERMARKETS opening this year’s Sheffield Doc/Fest. Manori Ravindran of Realscreen also reported on the news.

The non-profit outfit Docs in Progress announced its 10-year anniversary event, set to to take place on May 20 in Washington, D.C. The event will feature awards and a panel discussion.

The staff of the Toronto Star culled a list of films to keep an eye on at this year’s Hot Docs film festival, which starts April 24. Writing for the New York Times, Tom Roston noted that a handful of Hot Docs films focused on the Ukraine in some way.

Back at Nonfics.com, Christopher Campbell highlighted 12 documentaries that address environmental disasters in advance of Earth Day.

At the Daily Mail, Sara Nathan reported that director Amy Berg was working on a documentary about sexual abuse and Hollywood.

At the Docs & the Law blog, Regina Austin wrote a piece on a series of talks delivered by Stanley Nelson.

The True/False Film Fest noted that a pair of panels from earlier this year had made their way onto YouTube. One was on the “Place is the Space” panel, and the other on “Lies My Subject Told Me.”

In a piece for Filmmaker Magazine, Seth Fisher wrote on the idea of attainable success that a filmmaker could enjoy.

Back at the Docs & The Law blog, Tom Isler wrote on the phenomenon of fictional narrative films appropriating the names of earlier documentary works.

POV posted to YouTube a recording of its Documentary Equipment & Tools chat, which covered a range of subjects and equipment.

In a piece for Film School Rejects, Christopher Campbell wrote about the Kickstarter campaign for Sebastian Junger’s sequel to RESTREPO, a film named KORENGAL.

Karen Nash wrote a piece about interactive documentary for The Impact Blog at the London School of Economics and Political Science website.

Writing for Indiewire, Nigel M. Smith took note of the Pulitzer award given to work that filmmaker Laura Poitras contributed to regarding the NSA leaks from Edward Snowden.

Please send tips and recommendations for the Memo via e-mail here, or by Twitter to @GuerrillaFace. Have a great week all!