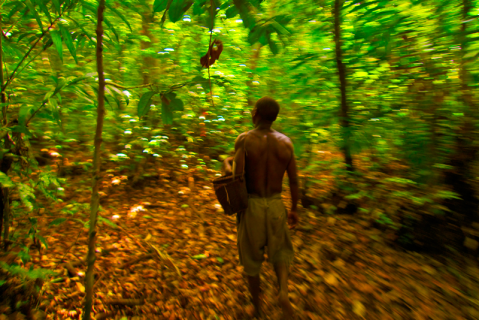 The new Steve James film LIFE ITSELF about the late film critic Roger Ebert was acquired by Magnolia Pictures for distribution in the U.S. Kevin Ritchie of Realscreen reported on the news, as did Jeff Sneider of The Wrap.

Manori Ravindran of Realscreen reported on the South by Southwest Film Festival’s announcement of its doc competition titles.

In a piece for Nonfics.com, Christopher Campbell questioned the impulse to make documentary films similar to fictional ones.

If you missed the Flaherty NYC screening last week, Anne-Katrine Hansen of the Flaherty Seminar website has you covered with a recap.

Over at the POV blog, Tom Roston wrote a piece on the short shrift given to women in the documentary world.

The Realscreen staff also turned out a wrap-up of the Realscreen Summit ‘14, which took place in Washington, D.C.

The Cinema Tropical blog made note of the passing of Brazilian documentary filmmaker Eduardo Coutinho, while the Putney Debater blog also memorialized the filmmaker.

The Realscreen staff reported that STORIES WE TELL from Sarah Polley had picked up an award from the Writers Guild of America.

Heather McIntosh shifted her #365 Docs project, in which she plans to watch 365 docs during 2014, to the POV blog.

At the Los Angeles Times, Steven Zeitchik took a look at some of the films out Sundance that addressed the idea of prosecutorial failure. In his weekly Docutopia post at the SundanceNOW blog, Anthony Kaufman also examined films focusing on court trials, including CAPTIVATED: THE TRIALS OF PAMELA SMART and KIDS FOR CASH.

Writing for the Columbia Journalism Review blog, Sara Rafsky reported on the latest developments related to the film PRESUMED GUILTY, which examines the criminal justice system in Mexico.

Back at Nonfics.com, Christopher Campbell shared his list of home picks for the week, along with a list of some films hitting theaters this week.

At Indiewire, Nigel M. Smith interviewed 12 O’CLOCK BOYS director Nathan Lotfy. Vadim Rizov of Film.com considered Lotfy’s film in the context of the YouTube age. And Christopher Campbell considered some of the ethical complications of the film in a piece for Nonfics.com.

Christine Turner’s film HOMEGOINGS is going to VOD on Vimeo on Feb. 18. You can find more information here.

That’s it for this week. Please send tips and recommendations via e-mail here, or by Twitter to @GuerrillaFace. Thanks and have a great week everyone.