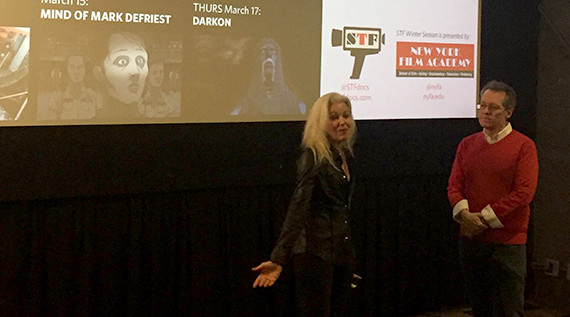 At first glance, Robert Eads appears to be the picture of traditional Southern masculinity. In addition to his attire (cowboy hat, boots), he owns a gun, loves to barbecue, has a deep religious faith, and is the patriarch of his extended family. He was also born “Barbara” and his family consists of what he calls his “chosen family”: fellow transgender men and women who attempt to live their lives with dignity and integrity, despite society’s rigid gender norms. Robert’s life is the subject of the film SOUTHERN COMFORT, which premiered in 2001 and was screened Tuesday at Stranger Than Fiction. STF’s host, Thom Powers, introduced the film as one of his personal favorites, but also one that has renewed interest due to a new musical, based on the acclaimed documentary, which premiered at the Public Theater last month.

SOUTHERN COMFORT opens on Robert’s view of his wooded property and the sound of roosters crowing at dawn. Despite the possibility of greater acceptance in a larger city, this rural community in Georgia is the place he loves and the place he wants to live. “Everybody’s idea of paradise is different, I suppose,” sighs his girlfriend, Lola. It’s also the place where he plans to die. He has been diagnosed with cancer – specifically ovarian cancer, which to him, feels like a cruel joke. “The only part of me that’s still female is the part that’s killing me,” he says. While issues of trans health and wellness are now beginning to come to the foreground, fifteen years ago this was not the case. Faced with doctors who refuse to treat him, Robert’s only hope is that he survives long enough to attend one more Southern Comfort conference: an annual event where he is surrounded by trans friends who love, accept, and celebrate him.

After the screening, director Kate Davis reflected on her aims to simply show the normalcy of Robert’s life, in the hopes that illustrating his daily routines and personal relationships would strike a chord with people unfamiliar with trans issues. Getting SOUTHERN COMFORT made was a struggle, she said, in a time when films about trans people were rare. “I was unable to get funding,” said Davis. “Entirely. I just had to believe in it.” There was also another obstacle: Robert himself. Despite his charisma and apparent on-screen ease, it took many months for Davis to convince him to participate in the film. He finally relented, saying, “If this saves someone else’s life or opens someone’s mind or heart – it will be worth it.”

Written by Maggie Glass is a New York-based film editor and writer. 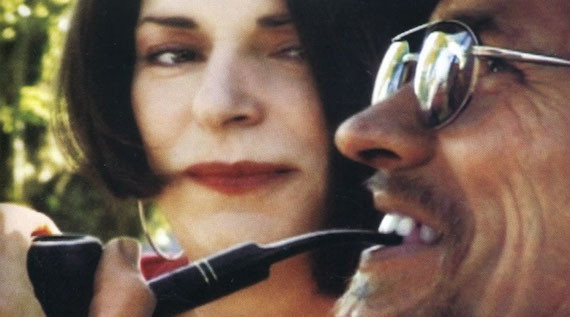