Monday Memo: Let Me Be Brief 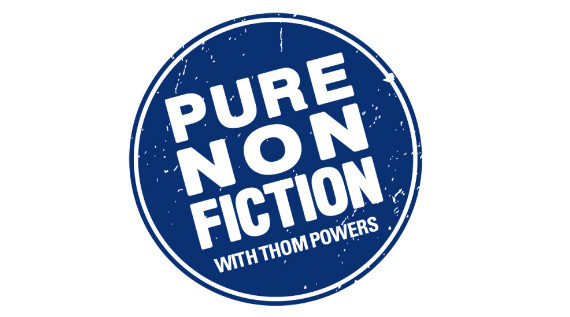 Next on the list this week is the announcement of this year’s Peabody Awards finalists, which include titles like LAST DAYS IN VIETNAM, GLEN CAMPBELL…I’LL BE ME, DO NOT TRACK, HOW TO DANCE IN OHIO, 1971, THROUGH A LENS DARKLY and many more worthy documentary productions.

As far as film festivals were concerned, Tom Roston recapped this year’s Full Frame Documentary Film Festival at Doc Soup, while the festival’s director of programming Sadie Tillery interviewed guest Thematic Program curator R.J. Cutler on the festival’s website. At Filmmaker Magazine, Astra Taylor interviewed with filmmaker Brett Story about her excellent new film currently screening as part of Art of the Real, THE PRISON IN TWELVE LANDSCAPES. And for indieWIRE, Chris O’Falt reported on why Tribeca has become an important new launchpad for the doc community.

Horrifyingly, Variety’s Brent Lang reported that AMC, the largest chain theater in America, is now considering allowing text messaging in select theaters. At the opposite end of the theatrical experience, Need Supply Co.’s Sam Wittwer interviewed the Women of Cinefamily, which is “a collection of women involved with the theater [Cinefamily] in various aspects, whose focus is to screen and promote the work of female filmmakers, and to provide a gathering point for female filmmakers in Los Angeles.”

On film funding there were two must read pieces this week – one from Kevin Ritchie at Realscreen on finding new ways to funding art docs like Robert Greene’s KATE PLAYS CHRISTINE, the other from indieWIRE’s Chris O’Falt, who examines the aftermath of the MacArthur Foundation’s announcement that it would discontinue direct support of individual documentary projects in 2016.

Lastly, riffing on the Tribeca / VAXXED controversy, Chelsea Jack wrote at length for The Establishment, opening up a nasty little can of worms by asking, “Do Documentaries Have To Tell The Truth?” Now, that was much more long-winded than I meant to be, but there were some gems that had to be shared! Until next week, if you have any tips or recommendations for the Memo, please contact me via email here, or on Twitter, @Rectangular_Eye.