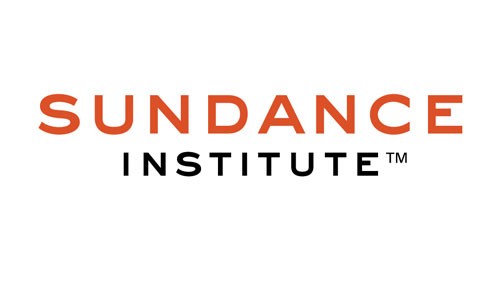 Nick Pinto of the Village Voice reported on recent developments in the criminal case of Jesse Friedman, one of the subject’s in Andrew Jarecki’s film CAPTURING THE FRIEDMANS. Dareh Gregorian of the NY Daily News also reported on the case.

Alex Gibney made an appearance on a Huff Post Live segment addressing the NSA’s surveillance program, and was joined by Jeremy Scahill, journalist and producer of the film DIRTY WARS, along with several others.

Covering the Sheffield Doc/Fest for Indiewire, Bryce J. Renninger wrote about a panel at the festival asking whether doc filmmakers in the U.S. and Europe actually got paid. Renninger also recapped 10 things learned from radio show host Ira Glass at a Sheffield panel. Adam Benzine of Realscreen had broader coverage of the festival, including a rundown of all of the awards handed out at the event.

Silver Spring, Maryland-based nonprofit Docs in Progress is holding an Indiegogo fundraiser for its programs; you can go here to learn more about the organization and make a donation.

Alexandra Marie Daniels of The WIP wrote up the film CALL ME KUCHU from directors Katherine Fairfax Wright and Malika Zouhali-Worrall. And Anthony Kaufman contemplated the role of that film and several others in the global fight for human rights in his weekly Docutopia post at the SundanceNOW site.

At the Documentary Channel Blog, Christopher Campbell interviewed MY AFGHANISTAN director Nagieb Khaja, and also IN THE SHADOW OF THE SUN director Harry Freeland, both of whom showed their work at this year’s Human Rights Watch Film Festival.

At the POV blog, Tom Roston continued his coverage of the film PANDORA’S PROMISE by speaking with The Nation writer Mark Hertsgaard about some of the claims regarding nuclear power made in the film.

This week Basil Tsiokos provided overviews of docs screening at the Frameline film festival in San Francisco, along with the Edinburgh International Film Festival at his What (Not) to Doc blog.

Realscreen’s Adam Benzine had the news that, according to a report from the Documentary Organization of Canada, the prospect for documentary filmmaking productions in the Great White North face some serious challenges.

Across the pond, The Guardian’s Paul Owen couldn’t resist alluding to The Wire in his review of Lotfy Nathan’s directorial debut, 12 O’CLOCK BOYS, about motorcyclists in Baltimore.

At The Daily Beast, Nina Strohlic pronounced the current season the summer of women at documentary festivals, noting the crop of films helmed by women currently being shown.

Paul Drury at the Huffington Post U.K. became the latest writer to pronounce a current “golden age” in documentary, citing a number of films and festivals that have had success in Great Britain.

And Jacob Harbord of the DocGeeks blog spoke with Open Doc Fest programmer Oliver Wright on the challenges of his position.

The National Film Board of Canada this week released their second post on lighting for documentary, this one from Carolyne Weldon.

The Film Independent site posed 10 questions to danish filmmaker Daniel Dencik about global warming and his film EXPEDITION TO THE END OF THE WORLD.

The hive mind at Reddit this week asked itself what the best documentary it had ever watched was, with Errol Morris’ THE FOG OF WAR earning the largest number of upvotes as of Sunday evening.

Back at the Documentary Channel blog, Christopher Campbell highlighted some of this week’s theatrical releases, notably DOWNLOADED from director Alex Winter and SOMM from director Jason Wise.

The Open Doc Lab at MIT had another installment from Arnau Gifreu Castells on documentary and digital media.

And at i-Docs, Jess Linington pointed to five interactive documentaries thought to have had some influence on social change.

That’s it for this week. Please remember to email tips and recommendations here, or send them via Twitter to @GuerrillaFace. Thanks and have a great week everyone.