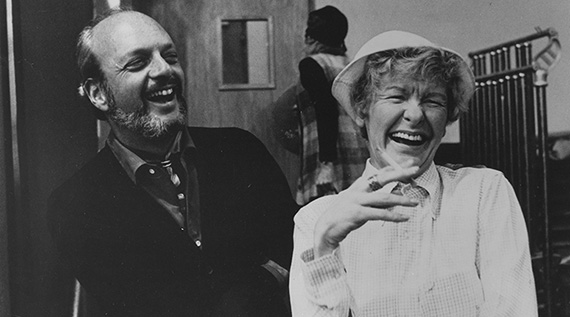 When Company was first shown at the 1970 New York Film Festival, it caused considerable stir. A police riot squad had to be summoned to quell the outraged turnaways unable to get into the theater. The film documented the grueling 18 1/2 hour recording session for Stephen Sondheim’s new musical “Company,” which had recently opened on Broadway. It included Elaine Stritch’s show-stopping “Ladies Who Lunch” and became the sensation of the festival even though it was only 52 minutes long and intended for television. It seemed for an instant that it could be released successfully in theaters. Columbia Pictures was even interested. But the legal problems were considerable, and eventually Company had its television run in the U.S. and in Great Britain, and then as usually happens, disappeared from view.

But not quite. Over the next thirty years, Pennebaker received a steady stream of requests to see the film, either from people who had seen it or people who had heard about it. Midnight phone calls from Los Angeles, and Berlin, and the weight of fans who considered the music to be among Sondheim’s best, finally persuaded Pennebaker to see if it couldn’t be resurrected. After years of legal unraveling by Frazer Pennebaker and with the help of all participants and their lawyers and agents, the film lives again.

This film is exceptionally poignant in a year when we had to say goodbye to the inimitable Elaine Stritch. 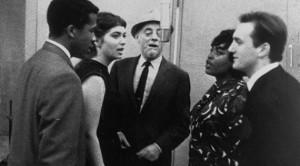 “Dave Lambert had been a hero of mine ever since I left Chicago for New York in the forties, long before he’d begun the famous Lambert, Hendricks and Ross trio, when he was an arranger for Gene Krupa. While we were building a studio on 45th Street for fledgling-film company, Leacock Pennebaker, Bob Van Dyke, our audio genius, introduced me to Dave, and got him to help us finish it. Dave, it turned out, was a first rate carpenter. When it came up that he had an audition at RCA for a new group to record songs he had just written, we went along with him and filmed the session. RCA decided not to go for it, and wiped the tapes, so we stuck our unedited film up on a shelf and left it there.

Several months later, while helping someone fix a flat on the Merritt Parkway, Dave was hit by a car and killed. A few weeks later, Art D’Lugoff from the Village Gate called and said he’d heard we had a film of Dave and could he show it at the wake. Nick Proferes and I spent that night editing and got him a print the next day. A few days later a reporter from German TV who’d seen it, came around and asked if he could show the film in Germany since Lambert was so well known in Europe. We gave him our print and forgot about it. Then, letters started coming asking where to get the record. But there wasn’t any record, nor would there ever be one. All there was was this fifteen-minute film of a few incomplete rehearsals of songs that otherwise didn’t exist. It hit me that this was really what film should be doing, what I should be doing … recording people and music as a kind of popular history that might otherwise not exist. It was only a few weeks later that Albert Grossman walked into our office and asked if I was interested in making a film about his client, Bob Dylan.” -D.A. Pennebaker

Note: This evening begins at 8:30pm


Get Tickets Q&A with D.A. Pennebaker