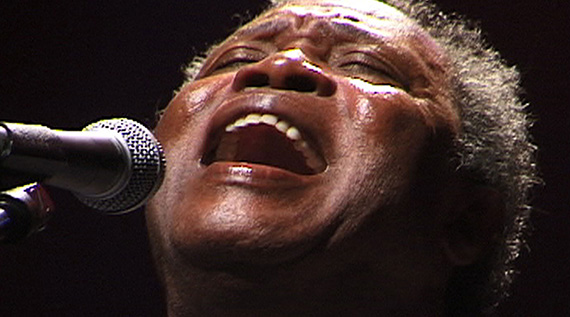 Note – This screening begins at 8:15pm

Roger Friedman is an entertainment journalist and music fan with a particular love for R&B and soul music from the mid-’50s to the pre-disco era of the early ‘70s. Owing in part to segregated booking policies and simple lack of proper archiving, Friedman discovered there is little or no surviving film footage or videotape of many of the greatest artists of the era performing on-stage.

However, a large number of the performers in question were still active and performing on a regular basis, and with the help of documentary filmmakers Chris Hegedus and D.A. Pennebaker, Friedman set out to capture some of his favorites on film while they were still in good form.

ONLY THE STRONG SURVIVE features knockout performances from such R&B legends as Wilson Pickett, Jerry Butler, the Chi-Lights, Carla Thomas, Mary Wilson, Ann Peebles, and many more, as well as interviews in which the artists discuss the ups and downs of their music careers. ONLY THE STRONG SURVIVE also includes performance footage of Memphis R&B pioneer Rufus Thomas, who passed on at the age of 84, less than two months before the film was screened at the 2002 Sundance Film Festival.