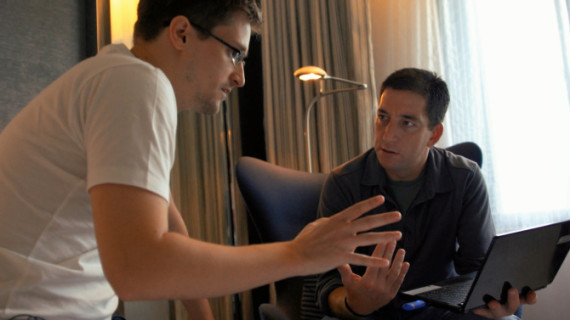 In distro news, Realscreen’s Adam Benzine reported that Bond/360 picked up US rights for IN COUNTRY from directors Mike Attie and Meghan O’Hara. At Indiewire, Shipra Gupta reported that DO I SOUND GAY? from director David Thorpe had been picked up for North American distribution by Sundance Selects.

In a piece for Indiewire, Anthony Kaufman took a look at the history and influence of CPH:DOX.

The POV Hackathon 7 yielded another set of prototypes for interactive projects, which you can find here.

Back at Realscreen, Adam Benzine had a piece on how Laura Poitras made CITIZENFOUR.

Writing for the New York Times, Stacey Anderson looked at the film PULP: A FILM ABOUT LIFE, DEATH & SUPERMARKETS.

At Indiewire, Eric Hynes covered a Savannah Film Festival panel with eight filmmakers explaining how they became documentarians. Also writing for Indiewire, Greg Cwik had a piece focusing on advice for doc filmmakers to take before starting production.

This week Whitney Dow, the creator of THE WHITENESS PROJECT, had an AMA on Reddit that you can check out here. New Hampshire Public Radio also interviewed Dow for a segment that can be found here.

At the PBS Mediashift blog, Reuben Stern had a post on how documentary and interactive practices could be merged to create a new approach to media making.

In a piece for the Chicago Reader, Ben Sachs considered if some documentaries were beyond criticism.

Writing for Decider, Olivia Armstrong wrote about 10 docs that almost weren’t made.

Back at the POV blog, Shako Liu looked at the Living Los Sures project from UnionDocs.

Shipra Gupta of Indiewire wrote a piece on the making of the new Marshall Curry film POINT AND SHOOT.

At Reverse Shot Magazine, Eric Hynes spoke with ACTRESS filmmaker Robert Greene. And Emma Myers of The L Magazine spoke with Greene and subject Brandy Burre about the film.

At the POV blog, Shako Liu rounded up some advice for filmmakers of color looking for funding.

In a piece for Nonfics.com, Dan Schindel reviewed SALT OF THE EARTH from directors Wim Wenders and Juliano Ribeiro Salgado.

Writing for Indiewire, Michael Chaney had a guest post shared some reasons for filmmakers to put off submitting to festivals.

Christopher Campbell made a case for retiring the phrase “fly on the wall” in a post at Nonfics.com.

At Kino-eye.com, David Tames rounded up some quotes on documentary and crafted a post.

In a guest post at Indiewire, director Jesse Moss talked about screening THE OVERNIGHTERS in the town in which it was shot.

Back at the POV blog, Emma Dessau shared a conversation between TOUGH LOVE editors Colin Nussbaum and Mary Manhardt on their craft.

At the What (Not) to Doc blog, Basil Tsiokos shared an overview of the Montreal International Documentary Festival (RIDM).

Craig Phillips wrote on the film HAPPINESS in a piece at the Independent Lens blog.

Finally, Julie Fischer shared the first chapter of her thesis on the emergence of the practice of live documentary.