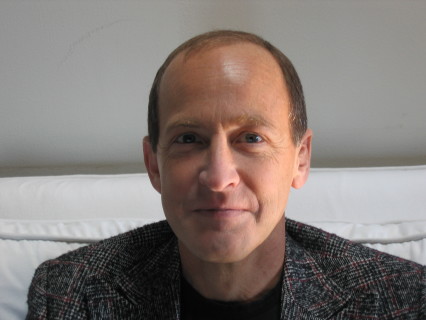 The National Academy of Television Arts and Sciences announced the winners of its news and documentary Emmy awards this week, with SAVING FACE from directors Sharmeen Obaid-Chinoy and Daniel Junge taking the prize for best documentary. Christopher Campbell had details at Nonfics.com, as did Sara Morrison at The Wrap. Tim Horsburgh covered a win for THE INTERRUPTERS for the Kartemquin Films blog. Randy Hallman reported on the interactive documentary award win for the Richmond Times-Dispatch. And the POV blog rounded up a list of where many of the award-winning films could be watched.

The Camden International Film Festival concluded with the issuance of awards, covered by staff in a post at the festival’s blog. The award for best feature doc went to THE GENIUS OF MARIAN from directors Banker White and Anna Fitch. In his Docutopia post at the SundanceNOW blog, Anthony Kaufman seized on the theme of death that permeated some CIFF films this year. And Robert Greene provided coverage of CIFF for Hammer to Nail, while Brandon Harris did the same for Filmmaker Magazine.

This week Stranger Than Fiction is breaking a bit with tradition by hosting a screening of ESCAPE FROM TOMORROW, a darling of the Sundance Film Festival earlier this year. Filmed surreptitiously inside of Disney World, the film applies the techniques of documentary to create a purely fictional anti-corporate satire with elements of science fiction and horror. Director Randy Moore and actor Roy Abramson will be in attendance for a Q&A following the film. For more information and to purchase tickets please go here.

The Deadline site reported that filmmaker John Greyson and doctor Tarek Loubani were freed this week, after being held without charge by Egyptian officials since mid-August. CBC news also reported on the development, saying that the pair were expected to return to Canada in the near future.

Jason Osder’s LET THE FIRE BURN hit the Film Forum for a run this week. Brandon Harris spoke with Osder at Filmmaker Magazine, while David Edelstein weighed in on the film at the Vulture blog. Michael Galinsky also interviewed Osder in a post at the International Documentary Association’s (IDA’s) website.

The Flaherty Seminar launched its Flaherty NYC program for fall 2013 last week, with programmers Sherry Millner and Ernie Larsen chosing a theme of Global Revolt. At the POV blog, Shannon Carroll spoke with Larsen about the program.

The Nonfics.com site continued to pour out an amazing amount of doc-related content this week. Daniel Walber penned a piece on the Cinema Direct scene that came out of Quebec, while Christopher Campbell identified RICH HILL from directors Tracey Droz Tragos and Andrew Droz Palermo. Robert Greene added Adam Curtis’s THE CENTURY OF THE SELF to his new list of canonical works, and Campbell provided an update of the doc box office results from last week. Walber reported on the aspects of the multimedia EMPIRE project that are available online, and Campbell covered the news of HERMAN’S HOUSE and ANGOLA 3: BLACK PANTHERS AND THE LAST SLAVE PLANTATION subject Herman Wallace’s release from prison (Wallace passed away shortly after his release due to cancer.) Campbell also shared a list of some docs hitting theaters.

Nonfics.com also turned out a slew of reviews this week. Some highlights: Daniel Walber examined Jehane Noujam’s film THE SQUARE for Nonfics.com, giving it five stars. Walber also took a look at Claude Lanzmann’s latest film, THE LAST OF THE UNJUST, and considered the latest project out of the Harvard Sensory Ethnography Lab, MANAKAMANA, from directors Stephanie Spray and Pacho Velez.

At his What (Not) to Doc blog, Basil Tsiokos provided a doc overview of the Woodstock Film Festival, along with one for the Busan International Film Festival.

Writing for The Wrap, Steve Pond reported on the high number of screeners Oscar voters have been inundated with, saying that at least 151 films qualified for the race this year.

Tom Roston took a look at Gary Hustwit’s new book in a post at the POV blog. POV staffer Shannon Carroll hosted a Google Hangout on documentary engagement strategies, a recording of which can be seen on YouTube here. The POV blog also played host to an online chat with BEST KEPT SECRET filmmakers Samantha Buck and Danielle DiGiacomo and others associated with the film, the transcript of which you can find here.

The Sheffield Doc/Fest has made all of its panels and masterclasses available online as podcasts at the iTunes store.

In a piece for Esquire Magazine, Bill Siegel talked about the importance that boxer Muhammad Ali had on his life, and how that influence affected his latest film, THE TRIALS OF MUHAMMAD ALI.

Canada’s POV Magazine made much of the content from its fall 2013 issue available online. You can find it here.

Back at the IDA’s Documentary site, Tracie Lewis took a look at AMERICAN PROMISE from directors Joe Brewster and Michèle Stephenson.

Writing for CNN, Dean Irvine reported on Joshua Oppenheimer’s film THE ACT OF KILLING and its effect on Indonesians when clandestinely screened in the country. And Dan Edwards of Senses of Cinema interviewed Oppenheimer for a piece for the site.

Chris Fyvie of The Skinny profiled LEVIATHAN from Lucien Castaing-Taylor and Véréna Paravel.

At WNET’s website thirteen.org, Deborah Gilbert caught up with 56 UP subject Tony Walker.

Writing for Filmmaker Magazine, Michael Murie reported on a panel from Hacking Arts focusing on ways that filmmakers can use technology to tap into their audiences.

At the New York Times, Margaret Sullivan highlighted some of the changes being instituted at the Gray Lady, with one section focusing on video and multimedia content.

Gregory Crofton of Channel Nonfiction penned a recap of a screening of the film LIVING FOR 32 in Nashville, Tennessee.

Kevin Ritchie interviewed THE DOG directors Allison Berg and Frank Keraudren in a piece for Realscreen.

Filmmaker John Hardwick has launched a kickstarter for his film FOLLOW THE MONEY, which trails a ten dollar bill over the ten-year course of its life. You can find out more about the project by going here.

In a recent Filmwax podcast, Adam Schartoff spoke with Mark Corvino, one of the directors behind the film A BAND CALLED DEATH.

Over at the Shooting People site, filmmaker Lucy Walker shared a few filmmaking tactics she used in making her film THE CRASH REEL.

The Detroit Free Press announced that it would inaugurate a new documentary festival, the Freep Festival, in March 2014. Julie Hinds of the Freep had the details.

Finally, the Center for Media & Social Impact published a short video intended to help journalists navigate the intricacies of fair use doctrine.

That’s it for this week, but send any tips for the Memo here, or via Twitter to @GuerrillaFace. Thanks and have a great week everyone!