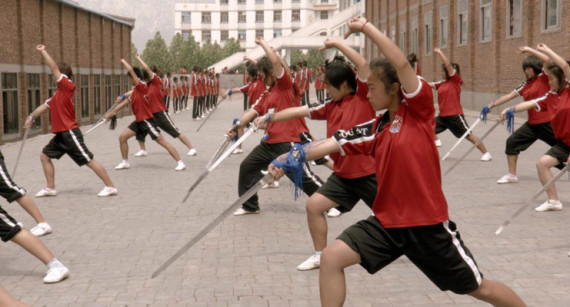 HBO this week announced the details of its summer doc schedule, which includes PUSSY RIOT: A PUNK PRAYER from Mike Lerner and Maxim Pozdorovkin and Josh Fox’s GASLAND II, among other films. Kelly Anderson of Realscreen reported the news, as did Alison Willmore of Indiewire.

The Oscar-voting process for docs continues to keep evolving, with Nicole Sperling of the Los Angeles Times reporting that the Academy of Motion Picture Arts and Sciences announced on Saturday that it was opening up voting on doc shorts to all of its members. The BBC also had coverage of the change.

Vadim Rizov played the contrarian this week, with a piece for Film.com that challenged the notion that we’re currently in the midst of a golden age of documentary filmmaking.

In distro news, Realscreen’s Adam Benzine reported that CNN Films had snagged U.S. television rights for PANDORA’S PROMISE with a premiere date set for November. Also, Anthony Kaufman shared his take on PANDORA’S PROMISE for a post at the Indiewire blog Reel Politik. And Peter Knegt of Indiewire had the news that Chiemi Karasawa’s film ELAINE STRITCH: SHOOT ME had gotten picked up by Sundance Selectors for North American distribution.

The PBS show POV this week opened its call for entries; you can find details on their website here.

At the DocGeeks blog, Emma Norton took a look at the online distribution approach used by filmmakers Gemma Atkinson and Fred Grace for their short animated doc ACT OF TERROR.

Back at the Documentary Channel blog, Christopher Campbell noted that the film THE SOURCE FAMILY from directors Maria Demopoulos and Jodi Wille was bowing at theaters this week. Also getting a theatrical release this week is Nisha Pahuja’s THE WORLD BEFORE HER, which won the top doc prize at the Tribeca Film Festival last year.

For those in New York City, Adam Schartoff’s Filmwax series is hosting a screening of Vikram Gandhi’s film KUMARE at the Maysles Institute this week. Schartoff’s podcast Filmwax Radio also found a new home this week on The Rooftop Films website.

At the SundanceNOW blog, Anthony Kaufman noted the hypocrisies of the right as manifested through documentary, particularly the film HATING BREITBART.

Soon after Tribeca ended its run, Stewart Nusbaumer shared his recap of the festival for Filmmaker Magazine.

The International Documentary Association (IDA) website, Katherine Relth shared a recap of its recent Doc U event on Fair Use.

That does it for this week, but remember to send tips and recommendations for the Memo via e-mail here, or via Twitter to @GuerrillaFace. Have a great week everyone.