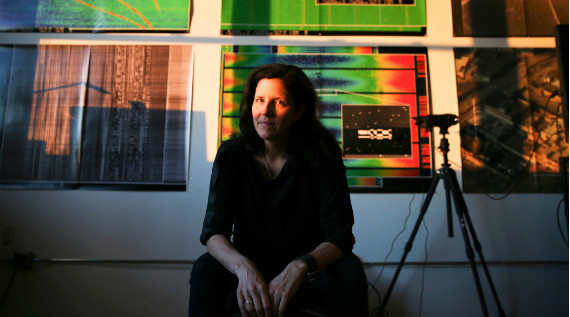 In other festival news, the International Film Festival Rotterdam finished up yesterday, naming Kaweh Modiri’s hybrid BODKIN RAS the FIPRESCI Award winner and Frank Scheffer’s DE WAARNEMING the winner of the KNF Award for best Dutch production or a co-production with a world premiere at IFFR. In MUBI’s Notebook, Daniel Kasman outlined some of the non-fiction offerings at the festival, including Jung Sung-il’s NIGHT AND FOG IN THE ZONA, Thom Andersen’s JUKE: PASSAGES FROM THE FILMS OF SPENCER WILLIAMS and Andrés Duque’s OLEG Y LAS RARAS ARTES. Looking forward, SXSW revealed the majority of their lineup, including their main documentary competition, spotlight and musically focused sidebar, while the American Documentary Film Festival announced that Joe Berlinger’s “new documentary about internationally-renowned life and business strategist” TONY ROBBINS: I AM NOT YOUR GURU will open the festival on March 31st. True/False Film Fest has also been teasing at this year’s program, announcing that this year’s Neither/Nor sidebar would be curated by Nick Pinkerton and would be exploring “Mondo (or so-called “shockumentary”) cinema and its offshoots.”

Spike Lee’s MICHAEL JACKSON’S JOURNEY FROM MOTOWN TO OFF THE WALL, which made its primetime premiere on Showtime last Friday, was this week’s most written about doc, having been selected as WNYC’s Documentary of the Week and gleaning praise from Mike Hale in The New York Times, Guy Lodge in Variety, Sheila O’Malley at RogerEbert.com, Robert Lloyd of The Los Angeles Times and Noel Murray of A.V. Club. Lee also spoke with NPR’s Mandalit Del Barco about his latest doc project on the late King of Pop. Having also hit primetime last Monday night in PBS’s Independent Lens and is subsequently now available to stream online for free until February 22nd, Renee Tajima-Peña’s NO MÁS BÉBES was also covered by Hale, as well as in The Nation by Dani McClain. Other films like Sundance holdover AUTHOR: THE JT LEROY STORY were reviewed by Mark Bell at Hammer to Nail, and the HBO doc JIM: THE JAMES FOLEY STORY, which was highly recommended Neil Genzlinger of The New York Times and Daniel Walber of Nonfics. Walber also reviewed CAMERAPERSON, while Amy Kaufman wrote a thorough feature in The Los Angeles Times on Josh Fox and his latest, lengthily titled project, HOW TO LET GO OF THE WORLD AND LOVE ALL THE THINGS CLIMATE CAN’T CHANGE.

Doc filmmakers should consider submitting their fledgling projects to the 2016 IFP Filmmaker Labs and the DOC Institute’s Breakthrough Program, both of which are now taking submissions. On the other side of the coin, doc programmers should consider applying to be Chicken & Egg Pictures’ new Program Coordinator, as they are currently seeking someone to fill the vacant position. Filmmaker Arwen Curry has launched a Kickstarter campaign to fund a doc on the revered science fiction and fantasy author Ursula K. Le Guin, raising far beyond the $80,000 goal in just a matter of days and garnering coverage from Alison Flood of The Guardian and Michael Schaub of The Los Angeles Times in the meantime.

Those looking for something new to stream might want to turn to the Doc Alliance where they have a selection of films that played last year’s edition of International Film Festival Rotterdam available in HD until February 14th. At Nonfics, Daniel Walber wrote a feature outlining the copious offerings.

And lastly, there was no more fascinating find online this week than Alisa Lebow’s expansive “nonlinear meta-documentary” project FILMING REVOLUTION, which utilizes the work of 30 Egyptian filmmakers, artists and activists to outline the Arab Spring and its lasting effects, completely online. Writing for Sight & Sound, Sophie Mayer dove head-first into the massive, wildly inventive undertaking. Until next time, if you have any tips or recommendations for the Memo, please contact me via email here, or on Twitter, @Rectangular_Eye.