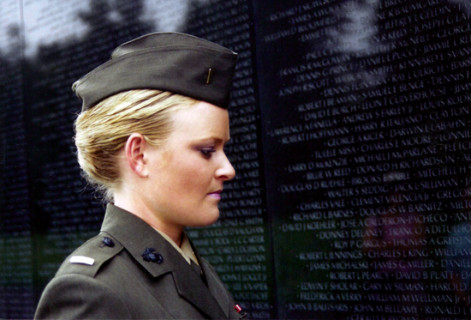 This week Stranger Than Fiction on Tuesday, Feb. 19 is hosting Shoei Imamura’s classic film A MAN VANISHES, which Manohla Dargis of the New York Times describes as “a movie about a disappearance and the transformation of reality into an ever more mercurial mystery, a vertiginous drama and the very stuff of cinema.” A post-screening discussion of the film will be led by filmmakers Amir Bar-Lev and John Walter. You can find more information and purchase tickets here. If you need further convincing that this is a film worth checking out, the Chicago Reader’s Ben Sachs this week wrote a piece on Imamura’s documentary films.

At the What (Not) to Doc blog, programmer Basil Tsiokos had overviews of a bunch of film programs. First, he looked at the Museum of Modern Art’s Documentary Fortnight, set to run Feb. 15 – March 4. He also profiled the Big Sky Documentary Film Festival, which takes place in Missoula, Montana, from Feb. 15 – 24. Finally, Tsiokos shared his thoughts on the docs screening as part of the New Voices in Black Cinema program hosted by the Brooklyn Academy of Music Feb. 15 – 18.

The POV blog this week featured three posts from guest blogger Paul Pauwels, the head of the Belgian production company Congoo, that shared tips on how to craft a winning documentary pitch. You can find part one here, part two here and part three here.

Indiewire this week published two essays from the book “Rarely Has Reality Needed So Much to Be Re-Imagined: A Mostly True History of the True/False Film Fest,” which celebrates the 10th year of the festival by taking a look at its history.

In a piece for Indiewire, Tom Hall responded to Sean Farnel’s call the previous week for festivals to begin sharing their revenues with filmmakers.

News broke this week that Orlando Bagwell was leaving his role at the Ford Foundations JustFilms initiative to return to the practice of filmmaking. John Anderson of The New York Times had a nice profile of Bagwell and his work.

At Realscreen, Adam Benzine reported that OWN: The Oprah Winfrey Network had ended its documentary club, and would only commission docs on an irregular basis in the future.  At the POV blog, Heather McIntosh shared her analysis of what had gone wrong.

Writing for the International Documentary Association’s website, Christopher Campbell reviewed the “Qatsi Trilogy,” which is now available on DVD and Blu-Ray

At the New York Times, Rob Trump considered the gift economy, and how it related to the relatively new phenomenon of Kickstarter campaigns.

The film TPB AKF: THE PIRATE BAY AWAY FROM THE KEYBOARD had its premiere at the Berlinale this week, and was simultaneously released on YouTube and made available for download on The Pirate Bay itself. Susan Stone of the Los Angeles Times, as well as Alexandra Zeevalkink of the DocGeeks blog, covered the news.

Kyle Rupprecht of MovieMaker spoke with Jack Myers of Cinelan about their Focus Forward short documentary showcase, which is presented along with GE.

Also on the POV blog this week was coverage from Tom Roston of the red carpet premiere of the new film BEYONCE: LIFE IS BUT A DREAM.

Adam Benzine of Realscreen covered the news that Participant Media and the Doha Film Institute were launching a new $100 million fund to help finance 12-16 feature films over the next five years. Pamela McClintock also had the news for The Hollywood Reporter.

At Kino-Eye.com, David Tamés recommended the book “Inventing the Medium: Principles of Interactive Design as a Cultural Practice” to documentarians interested in interactive work.

That’s it for this week. Please keep emailing your tips and recommendations for the Memo here, or tweet them to @GuerrillaFace. Thanks, and have a great week everyone!