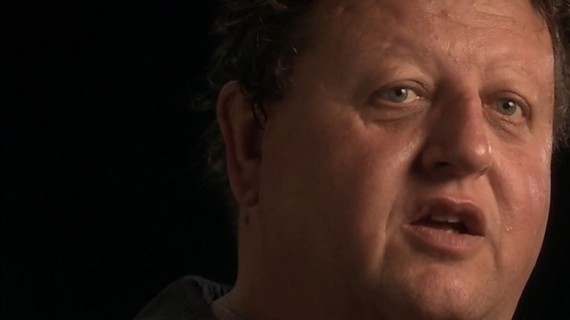 At Fandor, Jonathan Marlow interviewed Albert Maysles. And Indiewire published an excerpt by Albert Maysles from the book Tell Me Something, which gathers advice from documentary filmmakers.

The new Roger Ebert doc from Kartemquin Films stalwart Steve James, LIFE ITSELF, made waves this week with the launch of its Indiegogo fundraising campaign with the offer of a pre-release video stream for donors. Ray Pride of Movie City News reported on the development, as did Adam Chitwood of Collider and Matt Singer of The Dissolve. Beth Hanna and Ryan Lattanzio of Indiewire’s Thompson on Hollywood blog examined why projects like James’ were opting for Indiegogo instead of Kickstarter. You can check out the film’s Indiegogo page here.

This week Anthony Kaufman took a look at “narco docs,” and more specifically, the film NARCO CULTURA by Shaul Schwarz in his Docutopia post at SundanceNOW. Kaufman also wrote a piece at Indiewire on social/political film context as it related to NARCO CULTURA and other films. At The New York Times, Stephen Holden reviewed the film, while Lauren Wissot interviewed Schwarz in a piece for Global Comment.

At Nonfics.com, Christopher Campbell rounded up his home picks for the week, which included INFORMANT and TOXIC HOT SEAT. Campbell also had a post on some of the docs hitting theaters this week.

The POV blog repurposed a post from human rights activist training organization WITNESS that listed six cameras that could be used by doc filmmakers that were under $300.

At Realscreen, Kevin Ritchie reported on the recipients of the 2013 Catapult Film Fund grants; included among them were Dawn Porter, Peter Nicks and Cynthia Wade.

The Beyond The Box blog from ITVS reported the eight projects to receive money from its Diversity Development Fund.

At Esquire Magazine, Peter Martin wrote about Joshua Oppenheimer’s THE ACT OF KILLING and previewed his follow-up, THE LOOK OF SILENCE.

The National Film Board of Canada’s site hosted a behind the scenes post from Gerry Flahive on its recent HIGHRISE project.

At the Documentary Site, Heather McIntosh rounded up some recent documentary links.

Paula Bernstein shared nine tips for filmmakers wrangling with archival footage in a post at Indiewire.

Writing for Variety, Addie Marfoot wrote the obligatory yearly piece on the ramifications of changes made to the Oscar doc voting process. And The Hollywood Reporter’s Scott Feinberg issued predictions on the 15 films that would make the Oscar doc shortlist this year.

This week Martin Bell and Mary Ellen Mark, the team behind the film STREETWISE, launched a Kickstarter campaign for the follow-up film focusing on Tiny, one of the subjects of their first film. You can find more information on the project here.

Bryce J. Renninger of Indiewire had coverage of the new Errol Morris Op-Doc focusing on the photographic and filmic recordings of the assassination of President John F. Kennedy. Forrest Wickman of Slate also reported on the Morris short, titled NOVEMBER 22, 1963.

The Cinema Eye Honors this week announced that Josh Fox, director of the film GASLAND, would receive its Hell Yeah prize for his work on that film and its sequel. Adam Benzine of Realscreen also had coverage of the news.

Back at Indiewire Eric Kohn took a look at two new docs, one featuring Chinese artist Ai Wei Wei and another made by him.

At the International Documentary Association (IDA) website, Thomas White collected a series of stories about the late filmmaker Ed Pincus from members of the doc community.

Shannon Carroll of POV recapped a recent conversation hosted by the documentary series which featured the doc critics Christopher Campbell and Anthony Kaufman, along with journalist Tom Roston.

At Filmmaker Magazine, Randy Astle reported on the online doc UNSPEAK, which was created by the Dutch outfit Submarine Channel.

In a piece for The Guardian, Philip Hoare wrote on the film LEVIATHAN from directors Lucien Castaing-Taylor and Verena Paravel

The True/False Film Fest announced that it was the recipient of a three-year grant from the Academy of Motion Picture Arts and Sciences (AMPAS) for its Neither/Nor series.

Please send all tips and recommendations for the Memo via email here, or by Twitter to @GuerrillaFace. Thanks and have a great week everyone.