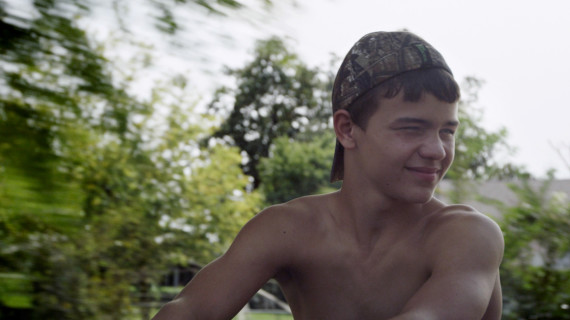 Steve James’ latest film, the Roger Ebert biopic LIFE ITSELF, earned good reviews and a ton of press attention after premiering at Sundance this week. Scott Foundas reviewed the film for Variety, while Christopher Campbell did the same at Nonfics.com. Anthony Kaufman also penned a review for Screen Daily. Ramin Setoodah shared five surprising moments from the film in a piece at Variety.

Variety’s Geoff Berkshire reviewed THE INTERNET’S OWN BOY: THE STORY OF AARON SWARTZ from director Brian Knappenberger, as did John DeFore of The Hollywood Reporter. Tim Wu of The New Yorker also took a look at the film.

At Indiewire, Paula Bernstein had coverage of a panel discussion on the continuing dearth of female directors, as did Adam Benzine of Realscreen. The Broadway World site also had news of the event.

In a piece for Movies.com, Christopher Campbell shared his picks for the best docs coming out of the Slamdance Film Festival. And at the International Documentary Association’s website Michael Galinsky interviewed SKANKS director David McMahon.

At Realscreen, Kevin Ritchie reported that Jehane Noujaim had won a Directors Guild of America award for THE SQUARE.

Robert Greene this week reviewed the film AATSINKI: THE STORY OF ARCTIC COWBOYS from director Jessica Oreck in a piece for Hammer to Nail; shared editing lessons gleaned from MARY POPPINS in a post at Sight and Sound Magazine; and still had time to add GIMME SHELTER to his new canon of cinematic nonfiction.

PBS announced this week that Ken Burns would be making a multi-episode documentary on the history of country music for the channel. At Indiewire, Alison Willmore covered the news, as did Kevin Ritchie of Realscreen.

Realscreen kicked of it’s Realscreen Summit in Washington, D.C., yesterday; you can find details on the event here. Realscreen also issued its first installment of interviews with 2013 Trailblazers in non-fiction content.

At the Tribeca Film Institute website, Zachary Wigon interviewed Godfrey Reggio about his new film VISITORS. And Taiyo Okamoto did the same in a post at Cool Magazine.

The Scottish Doc Institute launched a new podcast, with the inaugural missive including directors Alan Berliner and Victor Kossakovsky.

Back at Nonfics.com, Christopher Campbell named THE SQUARE and MITT among his top home picks, and also identified some highlights out of the films hitting theaters this week.

Paula Bernstein of Indiewire reported that BLACKFISH’s filmmakers had thrown down a debate challenge to SeaWorld after the amusement park labeled their film propaganda.

That does it for this week. Please send tips and recommendations via e-mail here or by Twitter to @GuerrillaFace. Thanks and have a great week everyone!