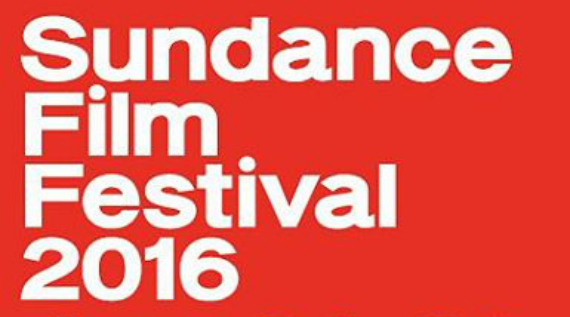 Mixing things up a bit, the British publication Little White Lies published their top 20 of the year and included Joanna Lipper’s THE SUPREME PRICE and Kim Longinotto’s DREAMCATCHER, along with THE LOOK OF SILENCE. Laurie Anderson’s HEART OF A DOG cracked the top 10 of Eric Kohn‘s Best 15 of 2015 at indieWIRE.

Having hit theaters this past weekend, Kent Jones’ cinephilic sugar rush HITCHCOCK/TRUFFAUT was the much heralded champion. The film was selected by our own Thom Powers and Raphaela Neihausen as WNYC’s Documentary of the Week, as well as by Jonathan Romney for Film Comment’s Film of the Week. Veronika Ferdman reviewed the film for Move Mezzanine, as did Joshua Brunsting for Criterion Cast, and Odie Henderson for RogerEbert.com. Furthering the discussion, Film Linc Daily posted a conversation between Noah Baumbach and Kent Jones about the film, and MUBI’s Notebook published an interview with the director and Amir Ganjavie.

Additionally, The Washington Post pubished a piece by Michael O’Sullivan on PEGGY GUGGENHEIM: ART ADDICT, Martin Tsai reviewed both BIKES VS CARS and ROCK IN THE RED ZONE, and Susan King wrote a short feature on INGRID BERGMAN: IN HER OWN WORDS for The Los Angeles Times. William Fairman and Max Gogarty’s CHEMSEX nabbed a review from Peter Bradshaw in The Guardian, while Huck Magazine published an interview with Gogarty by Alex King. The Guardian also ran Carmen Gray‘s feature on Vitaly Mansky’s North Korean propaganda exposé, UNDER THE SUN, which just won the award for Best Director at the Estonian Black Nights Film Festival according to Cineuropa. Lastly, Christopher Campbell gave a strong recommendation of ALMOST THERE at Nonfics, while Rachel Cooke wrote at length on LOVE YOU TO DEATH: A YEAR OF DOMESTIC VIOLENCE at The Guardian.

This week also saw the announcement that four documentary features would receive the first ever AFI DOCS/NBCUniversal Impact Grants, including Jessica Jones and Blair Foster’s THE CONVERSATION, Greg Whiteley’s MOST LIKELY TO SUCCEED, Scott Christopherson and Brad Barber’s PEACE OFFICER and Chris Temple and Zach Ingrasci’s SALAM NEIGHBOR, according to reports by Karen Brill at indieWIRE and Daniele Alcinii at Realscreen.

On the streaming side of things, Op-Docs published the latest in their CONVERSATIONS ON RACE series, this one by Michèle Stephenson and Joe Brewster titled A CONVERSATION WITH BLACK WOMEN ON RACE. Tambay A. Obenson linked to the whole series via indieWIRE for those looking for the earlier pieces in the series. Vanity Fair published a chilling new short by Scott Calonico on the Reagan Administration’s response to the AIDS crisis called WHEN AIDS WAS FUNNY, which was also written about by Caitlin Gibson in The Washington Post. At Nonfics, Daniel Walber pointed out the fact that the Canadian Broadcasting Corporation is currently hosting Beryl Fox’s groundbreaking Vietnam doc, THE MILLS OF THE GODS: VIET NAM, for free online viewing. POV noted that 9 of their films will become available for streaming this month, including POINT AND SHOOT and GIRL MODEL. And lastly, Wil Barlow of indieWIRE reports that Field of Vision will be releasing a 4 part series on Greece’s 2015 confrontation with the European Union called #ThisIsACoup.

I leave you this week with “The 5 Minor Epiphanies of the 2015 IDFA Forum” that Eli Brown of Filmmaker Magazine came away with after several days of pitches. Little gems like this one could prove invaluable to fledgling filmmakers: “Your team matters. I heard on numerous occasions during the pitches CEs (creative executives) who said (essentially), ‘Well, I don’t quite know what you’re doing with this film, but you have such a great team, I trust that you’ll figure it out.’”