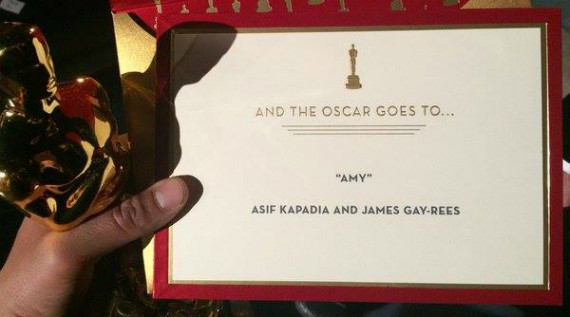 As far as theatrical screenings go, Erika Frankel’s KING GEORGE and Mark Craig’s THE LAST MAN ON THE MOON were this week’s hot topics. After having been named WNYC‘s Documentary of the Week, KING GEORGE was well regarded by RogerEbert.com’s Glenn Kenny, Nicolas Rapold in The New York Times, and on the opposite coast, Robert Abele in The Los Angeles Times. Craig’s film also received a warm welcome from Kenny and Michael Rechtshaffen of the LA Times, but also Christopher Campbell at Nonfics, Hammer to Nail’s Christopher Llewellyn Reed, Stephanie Merry of The Washington Post, Richard Roeper of the Chicago Sun-Times and even the scientifically minded Calla Cofield of Space.com, signing off stating that, “The personal becomes universal, and one man’s journey to the moon can be connected to the much larger story of humanity’s desire to explore the cosmos.”

A few other docs received spotty coverage this past week, including a new film centering around Fats Domino called THE BIG BEAT, which was reviewed by Alan Light in The New York Times. At Nonfics, Daniel Walber put forth a trio of reviews for THE EVENT, OVER THE YEARS and FRANCE IS OUR MOTHER COUNTRY. CARTEL LAND director Matthew Heineman appeared on this week’s edition of The Close-up, and lastly, at MUBI’s Notebook, Matthew Harrison Tedford wrote a celebratory piece on SWEETGRASS.

If you are in search of something new to watch you are in luck, as PBS’ POV is celebrating their three-decade partnership with Women Make Movies by streaming a quartet of female driven films for free, including Jennifer Dworkin’s LOVE & DIANE, Judith Helfand’s A HEALTHY BABY GIRL, Annie Goldson’s GEORGIE GIRL, and Celeste Carrasco and Gemma Cubero del Barrio’s ELLA ES EL MATADOR. Kartemquin Films also continues to celebrate their 50th Anniversary, this week by streaming WINNIE WRIGHT, AGE 11 from 1974.

I leave you this week with a plea from writer and curator Kiva Reardon at Hazlitt to keep feminist film criticism subversive, and a wonderful little tale from Eric Kohn and Chris O’Falt at indieWIRE, uncovering how the recently discovered footage of Bernie Sanders being arrested in 1963 was found by Kartemquin Films. I’ll be heading to Missouri for the annual cinematic festivities at True/False on Wednesday, so the Memo will return the following week. If you happen to be heading there yourself and would like to meet up, or if you have any tips or recommendations for the Memo, please contact me via email here, or on Twitter, @Rectangular_Eye.