Monday Memo: WNET Gets Blowback From Filmmakers, Sundance Coverage Continues To Filter In 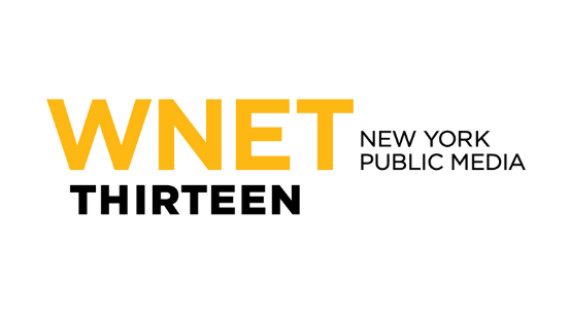 On the topic of film festivals, it must be noted that both the 65th Berlin International Film Festival and Big Sky Documentary Film Festival both kicked off over the weekend. At What (not) To Doc, Basil Tsiokos gave rundowns of the non-fiction fare at Berlin, as well as the highlights from Big Sky. Currently attending the festival in Berlin, David Hudson wrote about his first day and what he thought of Walter Salles’s documentary JIA ZHANGKE, A GUY FROM FENYANG for Fandor.

This week also saw SXSW release their complete 2015 film line-up, including world premieres of Alex Gibney’s STEVE JOBS: THE MAN IN THE MACHINE, Fredrik Gertten’s BIKES VS CARS, and Alex Winter’s DEEP WEB. Basil Tsiokos wrote on the festival’s line-up. At CriterionCast, Ryan Gallagher reported that an unreleased film by late-documentarian Les Blank titled A POEM IS A NAKED PERSON is also set to screen at the festival.

Though Sundance wrapped up last week, coverage of the festival is still filtering through from all over the web. On the tail end of the festival, doc editor Joe Bini gave a keynote on “the role of an editor in the filmmaking process at Sundance Institute’s first-ever Art of Editing Brunch, where we announced a new partnership between the Documentary Film Program partnership and the Karen Schmeer Film Editing Fellowship.” Writing for Indiewire, Angelica Das examined the fine line that lies between documentary filmmaking and journalism, utilizing the Sundance doc line-up to illuminate the issue.

A slew of post-Sundance round-ups cropped up this week, among them was Robert Greene‘s assessment of the festival’s non-fiction programming at Sight & Sound, Jesse Hawthorne Ficks‘ thorough rundown for Fandor, and Dan Schindel‘s top docs list for Nonfics. The staff at The Film Stage also had a round-up of their favorite docs of the fest, as did Alex Billington at First Showing and Monica Castillo for the International Business Times.

Plenty of reviews also came as well, including a pair from Variety, one from Scott Foundas on CHUCK NORRIS VS COMMUNISM and one from Peter Debruge covering PERVERT PARK. For TwitchFilm, Jason Gorber reviewed THE VISIT, while Rodrigo Perez wrote a piece on dissecting the Audience Award winner, DARK HORSE, at Indiewire, Matt Delman covered Grand Jury Prize winner THE RUSSIAN WOODPECKER for Hammer to Nail, and at Sight on Sound, J.R. Kinnard reviewed DRUNK STONED BRILLIANT DEAD: THE STORY OF THE NATIONAL LAMPOON. Amanda Yam also reviewed PROPHET’S PREY and I gave praise to the latest in a series of masterpieces by the Ross Brothers, WESTERN, both at IONCINEMA.

In the wake of the Sundance screenings of Alex Gibney’s Scientology exposé, GOING CLEAR: SCIENTOLOGY AND THE PRISON OF BELIEF, it seems the exclusive church is on the defensive, going so far as to target film critics for their coverage of the film. Francesca Wade of The Telegraph, Ben Beaumont-Thomas of The Guardian, and Max O’Connell at Indiewire each covered the rather sad occurrence.

It was announced this week that CITIZENFOUR director Laura Poitras and subject Edward Snowden have been scheduled to participate in live New York Times Talk on Thursday, February 12th at The New School to be moderated by New York Times media columnist David Carr. The news was covered by Casey Cipriani for Indiewire. Poitras also spoke with Anne Thompson at Indiewire this week about the making of the film, as well as participated in a conversation moderated by Sharon Waxman of The Wrap with other Oscar nominees Charlie Siskel, Rory Kennedy, and Juliano Ribeiro Salgado. Other great interview reads of the week include Mike Hale‘s in-depth piece on Stanley Nelson and THE BLACK PANTHERS: VANGUARDOF THE REVOLUTION in The New York Times, Brian Brooks‘ interview with BALLET 422 filmmaker Jody Lee Lipes at Film Society of Lincoln Center, Larry Rohter‘s conversation with Wim Wenders at The New York Times, Oscar Quine‘s dialogue with Nick Broomfield found over at The Independent and Influence Film Club‘s conversation with Steve James about their featured title of the month, LIFE ITSELF.

Last night saw the premiere of Andrew Jarecki’s long awaited return to non-fiction in HBO docu-miniseries, THE JINX: THE LIFE AND DEATHS OF ROBERT DURST. Both Joshua Alston at AV Club and David Bauder at ABC News enthusiastically covered the event.

Also long in the making, it was announced that Terrence Malick’s VOYAGE OF TIME has finally secured the remainder of the necessary funding to complete the film, and that it will come to screens around the world in two different formats, one of which will be IMAX. The story was picked up at Indiewire by Ryan Lattanzio, at The Dissolve by Kate Erbland, and /Film by Russ Fischer.

Newly streaming this week as part of The New York Times Op-Doc series is Tomasz Śliwiński’s Oscar nominated OUR CURSE, as well as Marialy Rivas’ MELODY.

If you are looking for help with documentary funding, Docs in Progress is hosting a webinar on documentary film budgeting Wednesday, February 11th at 12:00 PM. Meanwhile, in need of help to get their film into theaters, Rachel Lears and Robin Blotnick have launched a Kickstarter campaign in hopes of raising the funds to self release their feature THE HAND THAT FEEDS, which was our opening film for our Stranger Than Fiction Winter ’15 season, so kick in few bucks if you can!

This week I’ll leave you with a great little defense of reenactment within documentary cinema invoking by example the recently released 1971 and THE THIN BLUE LINE by Jason Bailey over at Flavorwire.