Monday Memo: Netflix Picks Up The Square, The Short Game 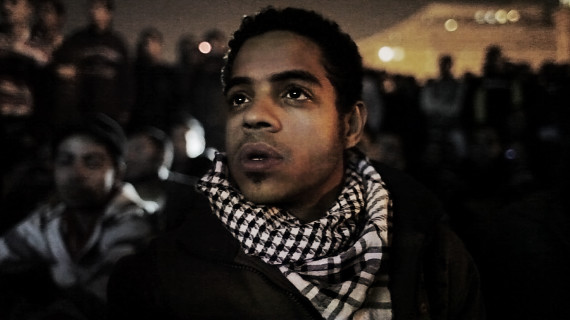 Frederick Wiseman’s latest film, AT BERKELEY hit theaters this week, earning a Critics’ Pick from Stephen Holden of the New York Times. Robert Greene also reviewed the film for Hammer to Nail. Anthony Kaufman had two pieces on the film, one at the Village Voice and the other at the SundanceNOW blog. And Rich Juzwiak interviewed the somewhat reticent Wiseman for Gawker.

AJ Schack’s new film CAUCUS, about the Iowa Republican primaries, also graced theaters this week. Brandon Harris interviewed Schnack in a piece at Filmmaker Magazine, while Miriam Bale bestowed a Critics’ Pick at the New York Times. At Nonfics.com, Christopher Campbell had his own review, and dedicated his latest episode of The Realness podcast–along with Daniel Walber–to the film and the political doc THE WAR ROOM. Steve Dollar took a look at CAUCUS and another film, TOWN HALL, in a piece for the Wall Street Journal. And Alan Scherstuhl reviewed the film for the Village Voice.

Rachel Saltz of the New York Times profiled the the DOC NYC festival, which is set to begin Nov. 14.  At the What (Not) to Doc blog, Basil Tsiokos continued his coverage of the festival with posts on the Art + Design section; the Sonic Cinema section; the Midnight Docs section; the Shortlist section; and the People & Places section.

In a piece for the POV blog, Tom Roston considered the ethical implications of the role that director Steve Hoover’s Christian faith might have played in his film BLOOD BROTHER.

BRITDOC this week published a series of “impact reports” examining the impact that its PUMA Impact Awards finalists had had.

Britain’s Grierson Awards announced its winners on its website. Alexandra Zeevalkink took on coverage duties at the DocGeeks blog, while James Hiler did the same for Indiewire.

The documentary nominations for the European Film Awards were also announced this week; Kelly Anderson wrote it up at Realscreen, as did Indiewire.

Randy Lewis took note of the new film MUSCLE SHOALS in a piece for the Los Angeles Times.

At Filmmaker Magazine, Michael Murie took note of the wave of new 4K technology hitting the streets. And Carl Mrozek had his own post on 4K cameras at Realscreen.

In two posts, Peter Hamilton broke down the path to funding for filmmakers at Independent Lens. You can find the first post here, and the second post here.

At Nonfics.com, Christopher Campbell had the details on this week’s documentary theatrical releases. He also shared info on his top home picks for the week, which included THIS IS NOT A FILM and BLACKFISH. Campbell also had news on the big doc box office winners from last week.

Tsiokos had an overview of the CPH: DOX festival in Copenhagen, as well as one on the Rome Film Festival at his What (Not) to Doc blog.

Back at Filmmaker Magazine, Sarah Salovaara recapped the Digital Discourse panel on the future of distribution.

At Indiewire, Eric Kohn made the case for why Lance Armstrong should watch Alex Gibney’s doc on the cyclist, THE ARMSTRONG LIE.

Back at Nonfics.com, Christopher Campbell reached out to NUTS: THE BEST DAMN FANS IN THE LAND documentarian Mike Newman on the reasons that drove him to make his film.

The POV blog this week updated its useful list of engagement strategists, which you can find here. Also at the POV blog, Fernanda Rossi shared her experiences working on the film HOW TO LOSE YOUR VIRGINITY from director Therese Shechter.

At the Documentary Site, Heather McIntosh shared some recent documentary links of use.

In the latest episode of Adam Shartoff’s Filmwax podcast, he speaks with filmmaker Terence Nance on the distro strategy for his film AN OVERSIMPLIFICATION OF HER BEAUTY.

Peter Knegt of Indiewire published an updated tally of the 10 highest grossing docs of the year thus far, with 20 FEET FROM STARDOM leading the way with $4.7 million. Knegt also updated Indiewire’s prognostications for this year’s Oscar race.

At Filmmaker Magazine, documentarian Joanna Arnow wrote a piece on her motivations for agreeing to preview her film I HATE MYSELF :) for one day via VOD.

Robert Greene added to his nonfiction cinema canon at Nonfics.com this week with Robert Flaherty’s MAN FROM ARAN.

Please send any tips or recommendations for the Memo via e-mail here, or by Twitter to @GuerrillaFace. Thanks and have a great week all!