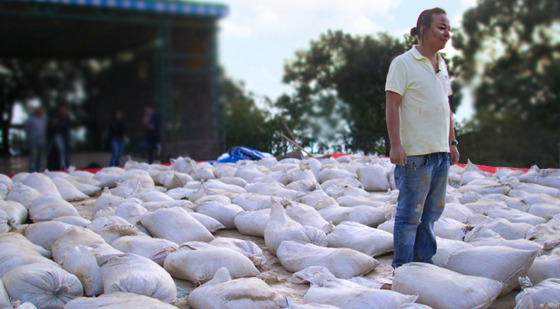 This week the doc world lost member William Miles, a self-taught filmmaker who made work about the history of black America. Bruce Weber penned an obit for Miles at the New York Times.

This week Basil Tsiokos had an overview of docs screening at this year’s Cannes Film Festival at his What (Not) to Doc blog. Tsiokos also turned out a couple of Tribeca recaps, one about the festival’s gala screenings and another about spotlight films.

Kevin Ritchie of Realscreen reported that Dylan Mohan Gray’s film FIRE IN THE BLOOD had won the Feature Documentary Award at this year’s DOXA Documentary Film Festival in Vancouver.

In his weekly Docutopia post on the SundanceNOW blog, Anthony Kaufman wrote on the trend of celebrity driven docs, and how they stacked up to those driven by lesser known subjects that touched on deeper themes. Kaufman also wrote on the short film MY NEIGHBORHOOD by director Julia Bacha for the Reel Politik blog at Indiewire.

This week the New York Times published an Op-Doc from filmmaker Stephen Maing about the work of Chinese blogger Zhang Shihe.

At the Documentary Channel blog, Christopher Campbell highlighted BIDDER 70 and STATE 194 as docs getting theatrical releases worth keeping an eye out for and, in a separate post, THE FRUIT HUNTERS and BECOMING TRAVIATA. Campbell also noted several new noteworthy doc trailers, including one for SUDDENLY, the film that profiles young Harlem rapper A$AP Rocky.

ProPublica’s Tom Detzel published a post on the results of the organization’s participation in the recent Tribeca Hacks hackathon. The event yielded the online work “Your Hospital May Be Hazardous to Your Health.

And the MIT Open Doc Lab kept its new digital storytelling interviews for Filmmaker Magazine going with one with D. Fox Harrell, Associate Professor of Digital Media in the Comparative Media Studies Program and the Computer Science and Artificial Intelligence Laboratory at MIT.

At the i-Docs website, Judith Aston considered the commonality of linearity found in several successful online and interactive documentary projects. Sandra Gaudenzi also provided a recap of WebDox 2013 for i-Docs.

That’s it for this week. Remember to send tips and recommendations for the Memo via e-mail here, or on Twitter to @GuerrillaFace. Thanks and have a great week!