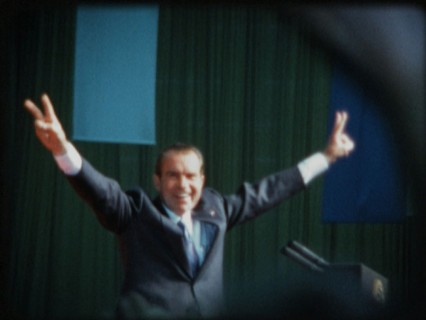 Adam Benzine of Realscreen wrote of ESPN’s decision to pull out of a doc investigating concussions in the NFL that it had been coproducing with the PBS show Frontline. Kelly McBride wrote a piece on what ESPN’s pullout meant for investigative journalism.

At the What (Not) to Doc blog, Basil Tsiokos provided an overview of the Telluride Film Festival, which concludes today. Adam Benzine also profiled the festival at Realscreen, while John Horn wrote up the festival’s screening of TIM’S VERMEER directed by the magician Teller. Nick Dawson of Filmmaker Magazine provided a first look at Errol Morris’s latest film, THE UNKNOWN KNOWN.

A writer identified as F.S. wrote a piece for The Economist on the rise of the entertaining documentary film, referencing THE ACT OF KILLING, STORIES WE TELL and BLACKFISH to make his or her case.

The Camden International Film Festival announced its lineup this week, which included THE ACT OF KILLING, CAUCUS, and THESE BIRDS WALK, among others.

STF’s Thom Powers was profiled by Nicolas Rapold this week for a piece in The New York Times.

Vice Media and Drafthouse Films made news this week with their plan to bring THE ACT OF KILLING to Indonesia, where it will be made available for free download; Jen Yamato of Deadline had the details.

Basil Tsiokos also provided an overview of the Venice International Film Festival at the What (Not) to Doc blog. At The New York Times, Nicolas Rapold profiled Frederick Wiseman’s new film AT BERKELEY, which screened at Venice.

Writing for Mashable, Seth Fiegerman had a piece on The New York Times’ efforts to develop interactive docs for tablets.

Canada’s POV Magazine took the effort to republish Peter Wintonick’s personal manifesto, which first appeared in the magazine’s spring 2007 issue. It’s worth taking a look at.

A few weeks ago Emma Norton published a guide to using social media to promote your film in a post at The Knowledge.

Back at POV Magazine, Thomas White wrote a piece on the need for filmmakers and festivals in the U.S. to adopt a DIY approach in order to keep docs alive.

Marc Glassman published the first (of several?) reports on the Toronto International Film Festival in a post for POV Magazine.

At the POV blog, Fernanda Rossi shared some details on her work on LOST AND SOUND from director Lindsey Dryden.

Orly Ravid of The Film Collaborative interviewed Richard Propper about the state of international broadcast sales for docs.

Finally, in a piece for No Film School, Joe Marine took a look at the new Black Betty digital camera.

That’s it for this week. Please send tips and recommendations for the Memo via e-mail here, or via Twitter to @GuerrillaFace. Have a good week everyone!