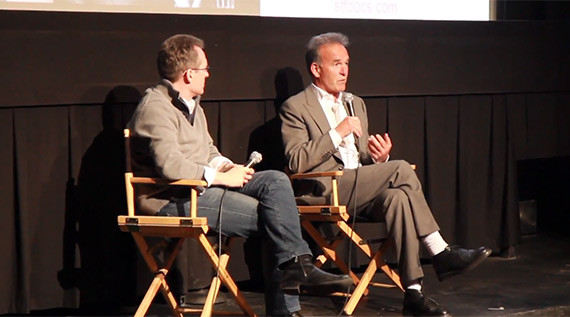 In a special appearance in the IFC Center’s Stranger Than Fiction documentary series, director Nick Broomfield screened AILEEN: LIFE AND DEATH OF A SERIAL KILLER. “Of all the films I made maybe it was one of the most affecting,” Nick shared.

Aileen leaves its audience in a murky wake that questions how society treats the incarcerated, views the death penalty, and addresses mental health. Aileen exposes the surreptitious ties between the media, the election process, and the United States justice system. It begs a deeper, honest exploration of the driving forces behind what justice is, and what it looks like in American society.

On October 9, 2002 Aileen Wuornos, a former homeless, hitchhiking prostitute was executed by lethal injection for the murder of seven men. In her first trial in 1992, the jury bears witness to Aileen’s searing testimony of a man who poured rubbing alcohol into her rectum and eyes before raping her. She killed him in self-defense, but was found guilty and sentenced to death. Upon sentencing, Aileen, visibly distraught and angry, had the unmistakable look of someone betrayed.

Trust did not play an integral role in Aileen’s difficult life. Her girlfriend and local police tried to sell her story to Hollywood. When one cop objected to selling her story, he was taken off the case, and no proper investigation was ever conducted. The timing of Aileen’s execution corresponded to Florida Governor Jeb Bush’s reelection trail. Bush endorsed her execution, and his running mate Brad Thomas, an advocate for a swift death penalty, said, “Bring in the witnesses, put them on a gurney and let’s rock and roll.”

Aileen did trust director Nick Broomfield. In a rousing Q&A, Broomfield shared, “We had the distinction of being the only film crew that had been strip searched before they went in, and Aileen thought we were tremendous. She thought we were part of a—I mean this is just how crazy it was—she thought we were part of a band that were playing that night in the prison, and I said ‘no Aileen we’re actually here to interview you today’, but she just decided we were great, we had driven all over the lawn, we’d upset the guards, so she was kind of wonderfully open from the beginning.”

In the span of her ten years in jail, Broomfield witnessed how Aileen Wuornos changed her story from self-defense, to murder in cold blood, thereby expediting her death sentence. In an interview scene with Broomfield where Aileen does not know Broomfield’s camera is on, he asks her why her story changed and if her first murder was in self-defense. She whispered, “Yes but I can’t tell anyone, there’s nothing I can do about it, they would never do me righteous. I would never be able to handle a life sentence, they’re evil to people who are incarcerated.”

In Broomfield’s last interview with her she was convinced that since 1997 she was tortured via sonic pressure on her head, she was ready for her execution, and that death would be “more like Star Trek and I know it will be good because I didn’t do things as bad as they said I did.” Broomfield asked her what got her to kill the seven men, and her voice pained and heated, she exclaimed, “I was a hitch hiking hooker and if there was physical trouble I would hurt them. Couldn’t get a fair trial, couldn’t get a fair investigation. Movies, books, reelection–you sabotaged me society, a raped woman gets the death sentence!”

Asked about his ethical considerations in documenting footage without her knowledge, Broomfield said, “it goes in a sense to the heart of my involvement as a witness. We managed to catch her saying something like ‘I killed the first one in self defense’. I felt this was really the essence of the whole thing. She was somebody who had killed once in self-defense, she then got into killing, and I think the other people she killed was for money. I don’t think she was a proper serial killer. The number made her a serial killer but she wasn’t into the fetish of killing. That justified leaving that footage in there, because for me, it told the world who Aileen Wuornos really was.”

Broomfield beautifully and charismatically concluded the evening on the power of spontaneity and the craft of documentary making. “I think the style of making documentaries currently is very much beautifully composed shots with people sitting in chairs and then cutting between them and kind of chucking a few pictures of graphics in between, which I don’t think is great documentary film making. I think reality is so fascinating, and people are so unbelievably weird and incredible, the way they deal with things, the cast of characters in this film you could never really write them, and I think that is the power of documentary I’m so pleased to film.”

The Stranger Than Fiction Spring 2015 season runs through June 2. The line-up includes sneak previews of highly anticipated docs such as SUNSHINE SUPERMAN and THE WOLFPACK along with revivals of classic docs such as Alan and Susan Raymond’s THE POLICE TAPES (1977), The series takes place each Tuesday night at the IFC Center.

Writing by Megan Scanlon. For the last decade Megan has been working in the field of education both internationally and domestically. She has written for the DOC NYC blog as well the Journal of Community Engagement and Scholarship, and is a volunteer at the Bronx Documentary Center. 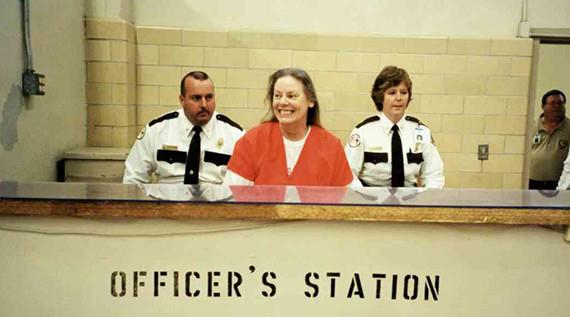