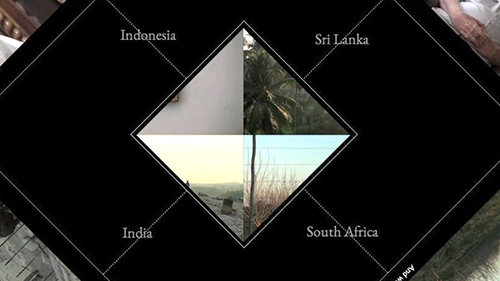 Writing for Realscreen, Kevin Ritchie reported that the film DO I SOUND GAY? from director David Thorpe was set to open this year’s DOC NYC festival.

No Film School’s Oakley Anderson-Moore had the news that Docurama had launched a new app that allows users to stream docs for free.

In a blog post, POV staff highlighted some Hispanic films in its catalog to mark Hispanic Heritage Month. Also at POV, Tom Roston wrote on the next move for director Ken Burns following the conclusion of the airing of his latest PBS series THE ROOSEVELTS.

Indiewire asked a handful of directors for a response to Michael Moore’s TIFF keynote“manifesto” on the rules of documentary filmmaking; you can find the responses here. Also, director Joe Berlinger penned a substantial and thoughtful response that was published by Indiewire. And filmmaker Zachary Wigon shared his own response in a post for the Tribeca Film Institute’s website.

Realscreen’s Kevin Ritchie covered the news that THE ACT OF KILLING director Joshua Oppenheimer had received a MacArthur Foundation “genius” grant for his film work.

At his What (Not) to Doc blog, Basil Tsiokos shared an overview of the docs screening at this year’s Urbanworld Film Festival.

Ben Lopez of the National Association of Latino Independent Producers (NALIP) wrote a post on the organization’s upcoming Doing Your Doc conference in NYC, designed for producers of color and/or LGTBQ producers.

Back at Indiewire, Zainab Akande reported on an Independent Film Week panel on measuring the impact of a documentary.

Writing for Nonfics.com, Christopher Campbell covered filmmaker Alex Barrett’s dedication to the city symphony doc genre. Also at Nonfics.com, Campbell had a list of his top home picks for the week.

At the ITVS Beyond the Box blog, Laurel Spellman Smith and Francine Strickwerda penned a guest post about their film OIL & WATER.

Writing for The Hollywood Reporter, Tim Appelo had the news that a new short documentary series about the economy titled WE THE ECONOMY would feature work from directors like Morgan Spurlock, Marshall Curry, Shola Lynch and Steve James.

Back at No Film School, Robert Hardy had a piece on the difference in the quality of files exported from Adobe Premiere and Final Cut Pro X.

Kevin Ritchie had a piece on the Hot Docs audience research report for Streamdaily.tv.

Eric Hynes wrote a piece for the New York Times on some films with new approaches to the rock documentary subgenre.

Finally, Ken Burns was interviewed at National Geographic by Jeremy Berlin on his PBS doc series THE ROOSEVELTS.

Please send any tips or recommendations for the Memo by e-mail here, or via Twitter to @GuerrillaFace. Thanks, and have a great week.